Desperate Measures In A Nazi Lair 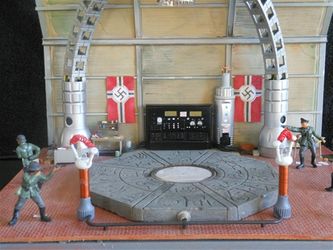 Here is a recent diorama I've constructed called "Desperate Measures in A Nazi Lair". The scene is of a secret underground bunker in the Bavairian Alps staffed by fanatical Nazi scientests and soldiers who aim to open an inter-dimensional rift to another universe. They hope to gain an ally there that will help them defeat the Allieds forces in Europe before the German surrender. Unfortunately, what they DO find is an evil that surpasses that which they unleashed on Europe six years before.

The diorama's concept & construcrion are of my own design with a nod to the opening sequence of the 2004 film, "Hellboy".  The base measures roughly 9" X 14" and hides most of the wiring. The impressive sounds effects and some of the lighting was a collabrative effort between myself and Starling Technologies, an excellent source of ways to enhance many popular science fiction and horror model kits. Here is the link:

The attched video runs through the diorama sequence and is narrated.

Desperate Measures in a Nazi Lair 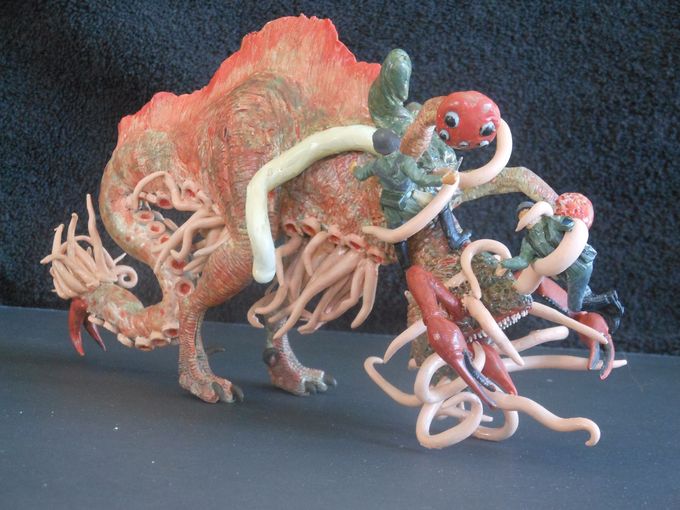 Here are a few close-ups of the creature the unlucky Nazis found. 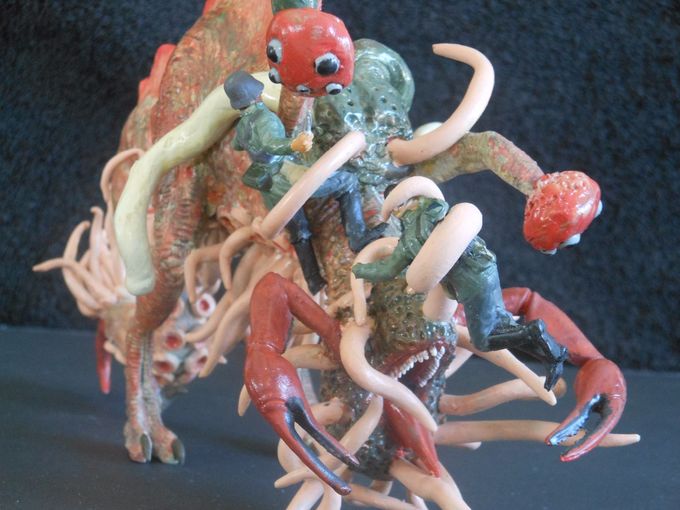 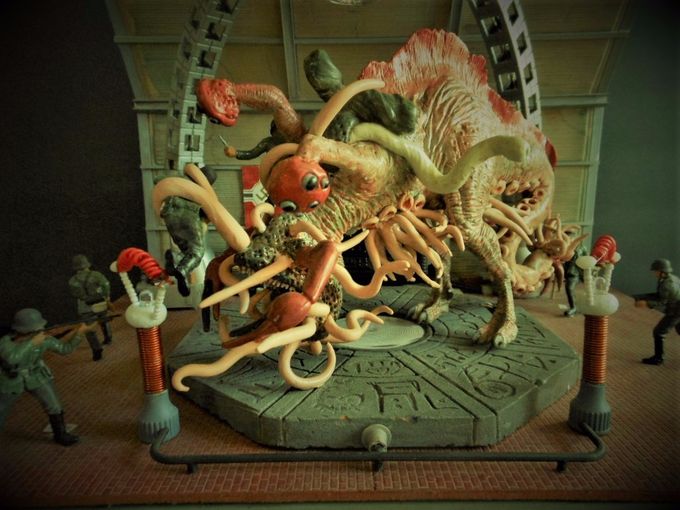 Not a good day by any means.