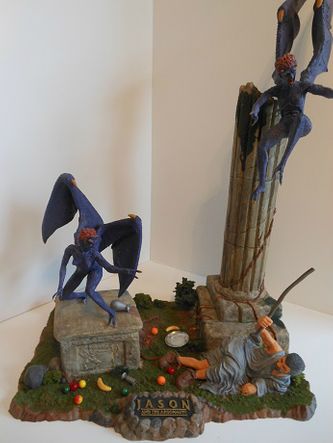 A pair of interesting characters from "Jason And The Argonauts" were the Harpies, sent to torment blind Phineus whenever he was going to eat. In the film, the Harpies seem more of an annoyance, tipping over the table his food is on, spilling his wine, etc. In Greek mythology, they were a bit more disgusting by urinating and deficating on his food so he was forced to eat the filthy mess or starve.

The animated sequence is very nicely done and the kit that depicts the scene is terrific as well. Again, I believe Jamie Salmon was sculpter and his talent clearly shines in this kit. There weren't many pieces as I recall (maybe 9 or 10) and it went together easily. As is my nature, I added some doll size food & dining ware to add interest to the scene. I also used a Lexan rod to suspend the Harpy in flight. The kit came with a wooden dowel but that just didn't cut it.

I ended up selling it on eBay, primarily because I was trying to save some display space. It stood about 18 inches tall and the base measured 15" X 12", maybe more. It is still around though a bit hard to find. The original manufacturer was Saturn Ltd then reissued by Geometric Design where a disaterous fire occurred destroying the moilds so it is no longer available at this writing. (7/24/20) 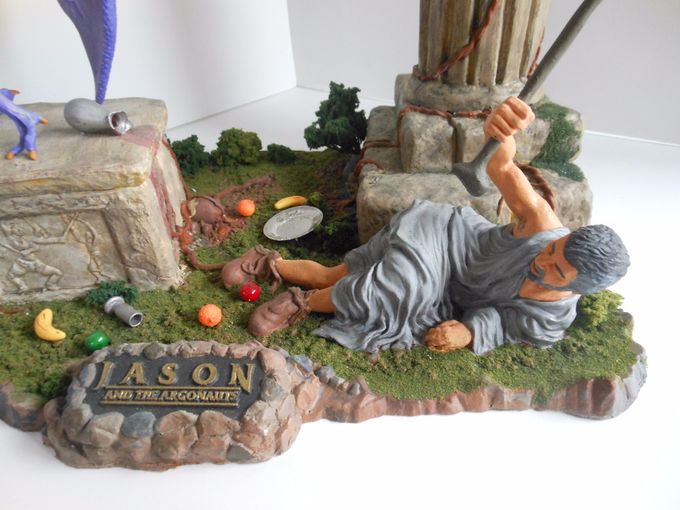 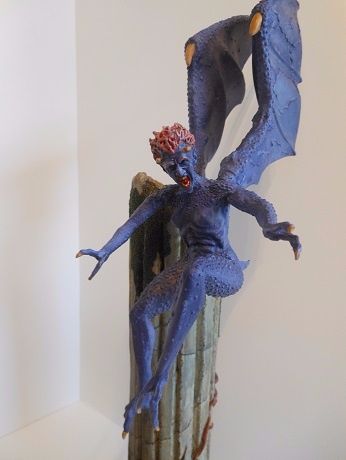