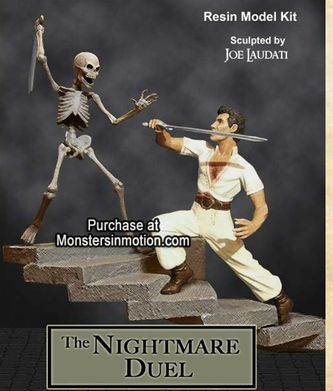 I saw this film when I was eight years old and I haven't been the same since. "The 7th Voyage Of Sinbad" was ground breaking on many levels. First it was in color, the Bernard Herrmann sound track was outstanding and the animation was incredible. An added bonus was that it had a good story. These types of films usually suffered from low budgets and it showed in all aspects of the fantasy films of that time.

Anyway, I have a couple kits based on this movie. One is of the climatic duel between Sinbad and the skeleton animated by the evil Sukurah. The kit was a bit disappointing in that there really wasn't much to it, just Sindad sword fighting with the skeleton on a short spiral staircase. Me being me, I decided to enhance the scene by making it bigger (of course) and adding a few elements like a real mosaic tile floor, +6" in stairway height and some debris on the stairs which includes a REAL bat skull I picked up on ebay. The picture to the above shows the original kit. The pictures below are my version. 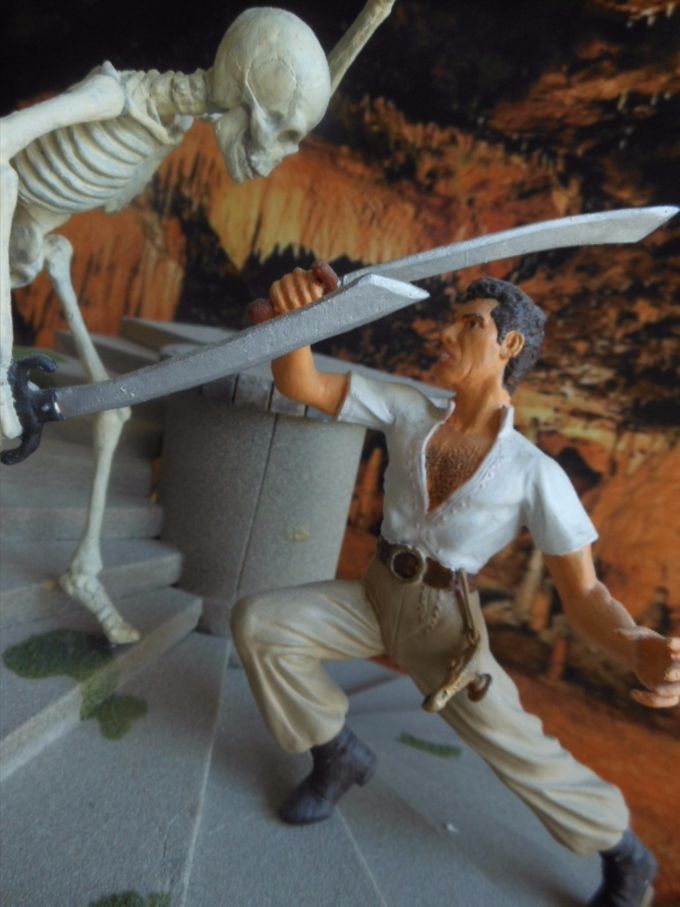 A pretty good match for the box art but the cavern background is a HUGE improvement. 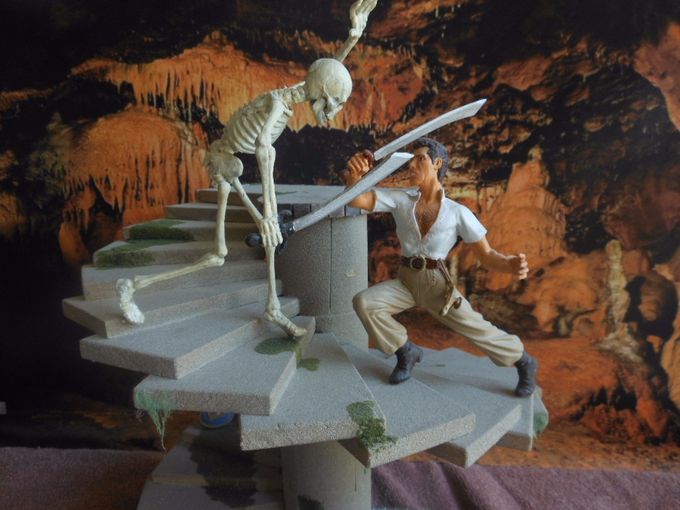 My build up with a new poster background that I ordered from Vistaprint. It's pretty nice what five bucks can do to improve a scene.