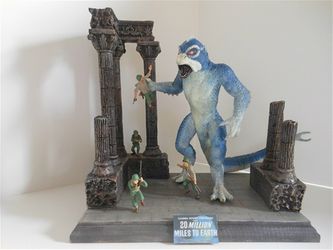 "20 Million Miles To Earth" is, to the best of my knowledge' the first alien monster of its size to appear in cinema. The story is basically a retelling of "King Kong" (when you really think about it) so not too much original is happening here. The only difference is that the Ymir had no lustful intentions on the heroine played by Joan Taylor who also found herself in another Harryhausen film "Earth vs Flying Saucers". But I digress.

The kit I purchased on eBay (what would I do without eBay!?!) and I got it pretty cheap (from Thialand as I recall). Looking back it is most likely a garage kit knock off but I didn't know any better at that time. I was just trying to save a few bucks on what appeared to me to be outlandishly expensive model kits.

Anyway, this vinyl kit (my first as it turned out) really didn't need that much work as I recall and it painted up nicely. (I don't use an air brush for any of my work). Some of you may cringe at the blue color I chose but being a black and white film, I could go with any color scheme I chose, right? Besides, we do have blue lizards here on Earth so why not Venus?

As before, I went to my old relaible aquarium decorations for the roman pillars in a scene from the film. The army men are no more than the plastic ones I played with as a kid only painted them up a lot better. The Ymir stands about 8 inches tall so his scale matched the army guys pretty well in my opinion. 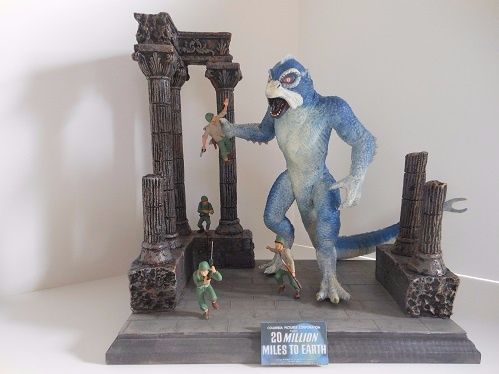 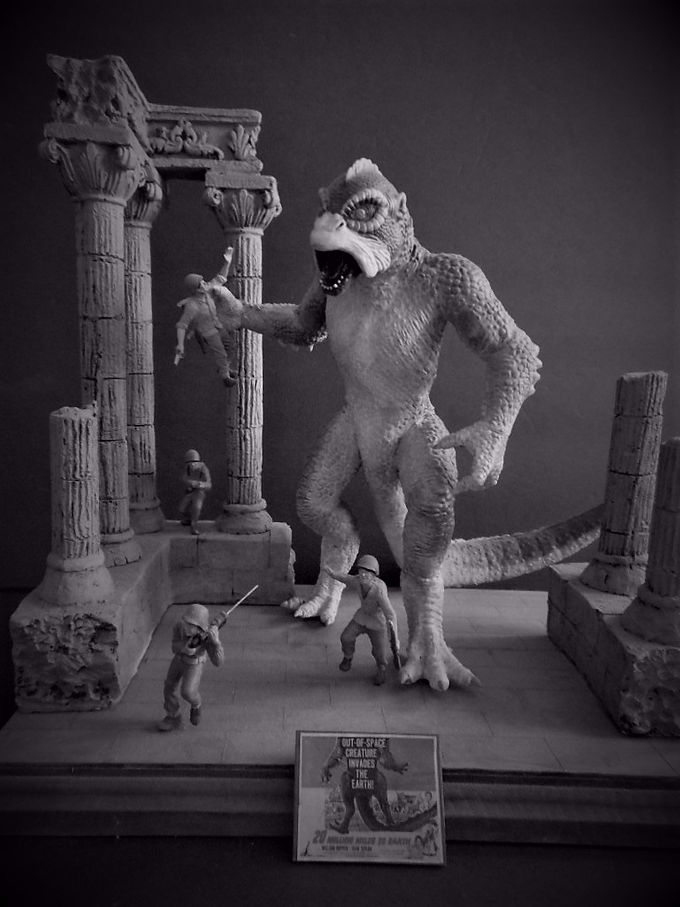