Yet another really BIG kit based on a scene from "Jason And The Argonauts", Jason's battle with the Hydra. Like the "Battle Of Collosa" kit, this one has a similar base size of about 14" wide but a bit narrower, coming in at 11" deep. The height, based on the tallest Hydra head comes in at 10 or 11 inches.

This was another beautiful kit. Nice casting, very clean and the Hydra head/necks are slot coded to minimize confusing on which head goes where. The Jason figure is very nice but I found his shield a little 'clunky' and not so clean in the cast (or round) so I ended up browsing for ladies broaches (honest) on eBay until I found a workable replacement. I also modeled a human skull which I placed near the dead tree. NFS 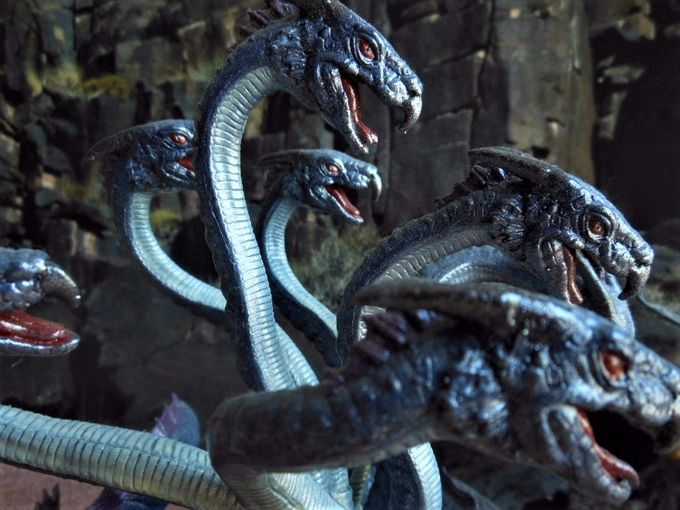 A close up photo but with a background that really makes it 'pop'. 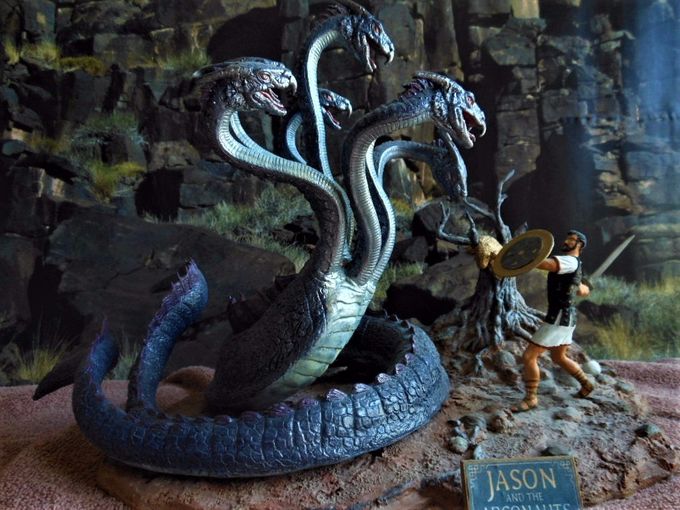 Full shot of the kit. This was fun to build and even more fun to paint. I was lucky to find a background that really matched the film pretty closely I think.

Beautiful rendition of the Hydra. Paint job is superb.

Thank you, Victor. FYI, it was handpainted, not airbrushed.

No. the molds for this and other Harryhausen kits were destroyed a four or five years ago. You might find one on eBay for around $300 or so,

Great result there, are you still able to get hold of the kits? Thanks a lot.