20 Million Tears To Earth B & W Build Up 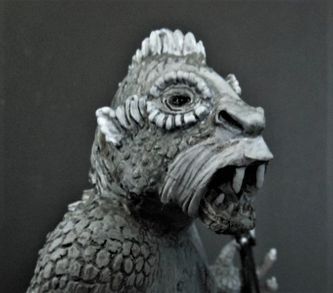 Close up of my first attempt at a black and white Ymir, as seen in the film.

Yet another eBay purchase of one of Ray Harryhausen's more iconic monsters, the Venusian Ymir from “20 Million Miles To Earth” (1957). This is an average OOP kit released by Classic Plastic in 1991 sculpted by Fred Hinck. The quality was fair although the 'extra' items such as the lamp post and man figure were very crudely sculpted in my view. I was so unhappy with the lamp post and man figure I ended up printing replacements with my 3D printer.

The base was a simple affair of a street paved in stone measuring roughly 9 inches wide by 8 inches deep with a freestanding nameplate of the film's title and copyright information on the back.

I have to admit I didn't have a lot of enthusiasm for the this kit, it being my third build of the Ymir. I was struggling with the color palette of the creature when I thought I'd try something different for the color scheme, the answer of which had been staring me in the face. Why not paint it black & white to match the film so I printed out a few stills from the movie for reference purposes. 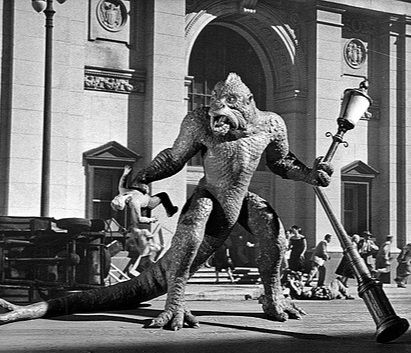 Still from the film that is duplicated in the resin kit. The only difference is that the creature's tail is laid out flat. 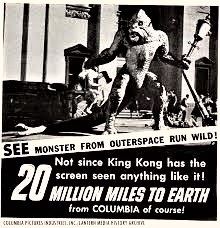 The actual poster art I used as a title card for the finished model.

To start (after assembly of course), I primed the Ymir and other objects with flat white. Once that had thoroughly dried, I began applying several washes of gray, each getting darker than the previous, wiping away areas that I wished to be lighter in tone such as the Ymir's under belly & tail. I finished up with a black wash to bring out the skin details.

After sealing with a clear semi-gloss from a rattle can, I came back and highlighted the dorsal and arm fins, claws & teeth by dry brushing pure white on those surfaces. The eyes were done with gloss black.

The base and man figure were done in the same manner. The streetlight was done in a very dark gloss gray for the post with pure white for the 'glass' panes.

And there you have it. This was my first go at a black and white version of a build and I'm pretty pleased with the way it turned out. Hopefully, some of what I put down here will inspire some to try the same. 6/21/19 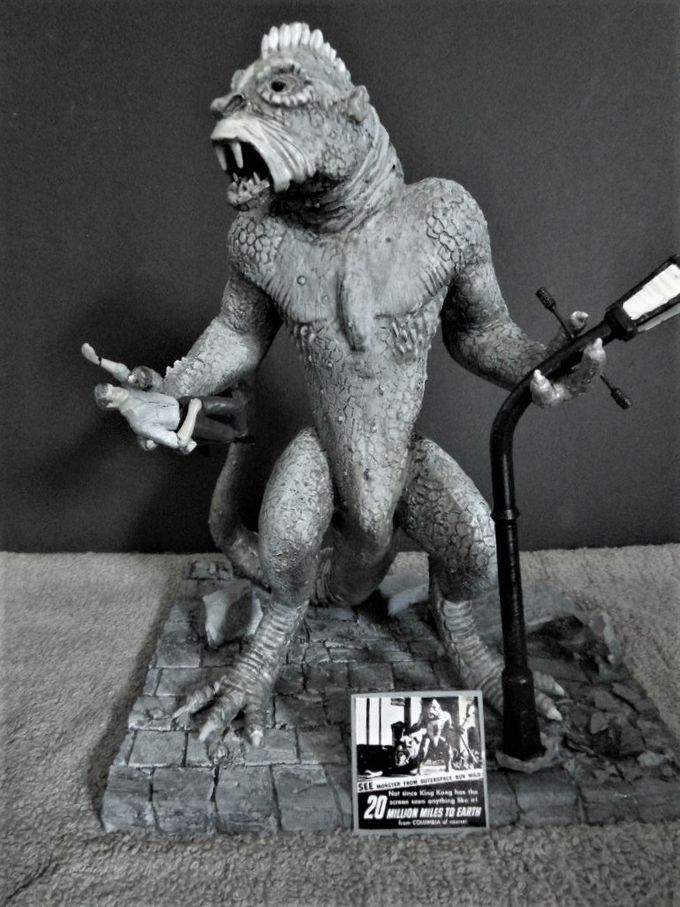 My black and white version. I didn't care for the lamp post or the victim in the kit so I printed out replacements with my 3D printer. 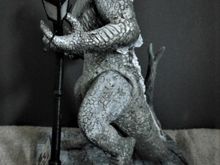 Left side of figure. Click for a larger image. 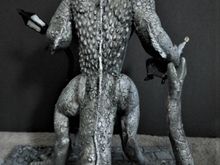 Rear shot of the Ymir. Click for a larger image. 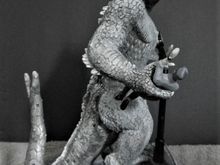 Right side shot of the figure. Click for a larger image. 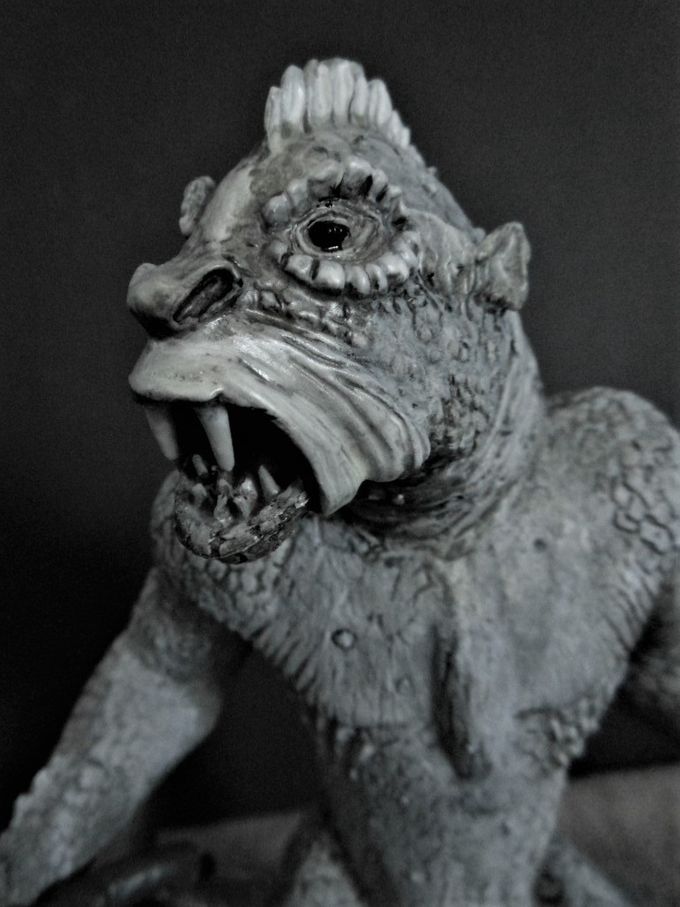