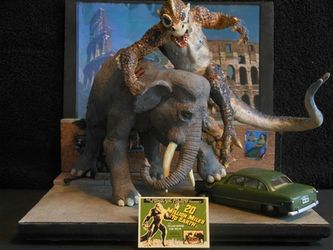 This is a kit I've just completed showing a scene from the 1957 film "20 Million Miles To Earth" where the alien Ymir battles an elephant. This is my second model based on this film (see "The Ymir" in the Ray Harryhausen Tribute page) and I think it captures the scene very well.

In the film, the Venusian Ymir, now grown to gigantic size due the effects of our atmoshere on its physiology, encounters and battles an elephant in the street near a Roman zoo. Typical of Harryhausen, an over zealous photographer moves in for that 'perfect shot', only to be crushed by the battling titans. Needless, to say, the elephant is not killed but seriously injured. I suspect this scene was shot that way as not to upset the animal lovers in the audience.

As is the case in most of my purchases, I picked up this 1994 model by Joe Laudati on eBay for a relatively cheap price which I should have told me something was amiss. As it turned out, the casting was fair at best with several bad seam lines, voids and a millions of bubbles (well, maybe half a million) across the surface of each character . Because of this, I probably spent 8 to 10 hours on prep time alone even before assembly. I also wasn't that happy with the base which was just a flat slab of resin textured to look like the street with some debris here and there so I made my own. The car that was included with the kit was provided by the seller (not the manufacturer) and needed a total makeover as well since the windows were fogged with glue and the car assembled but unpainted.

Anyway, I think the hard work paid off and I ended up with a pretty nice scene. In the picture above, I inserted a photograph of the Colliseum which adds a little to the scene but I don't think I'll display it with that background until I get my hands on a better image. I made a brick wall in the rear to help contain the scene and put some old posters and vines growing on its surface to break up the lines a little. As I've done with other kits and dioramas, I downloaded and shrunk an actual poster of the movie to make a title card. NFS 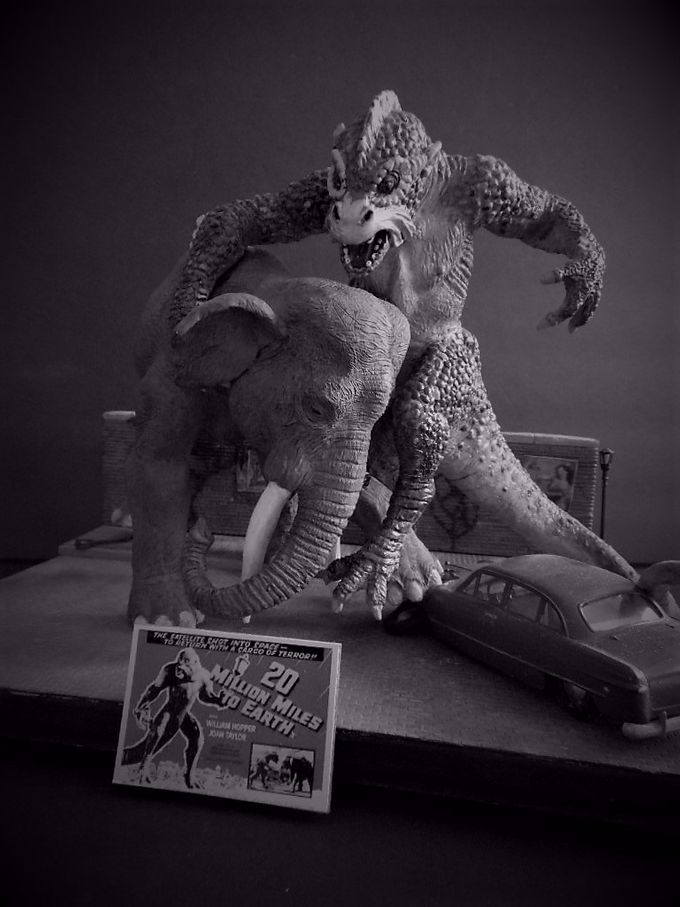 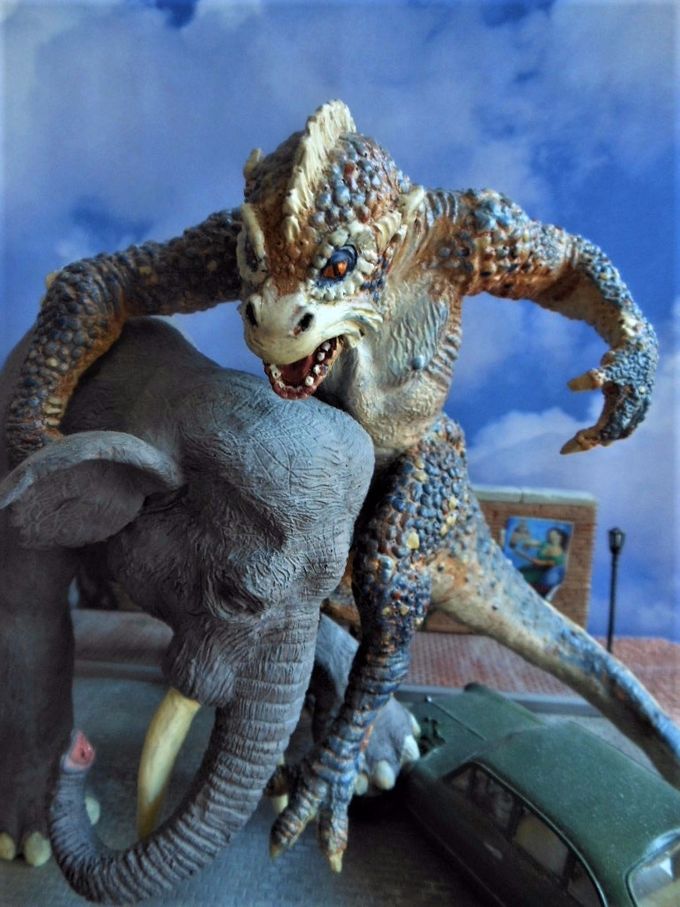 I thought I'd try another background (just sky really) but it makes a big difference. I intend to get a background of Rome (where the film takes place) and reshoot this diorama.