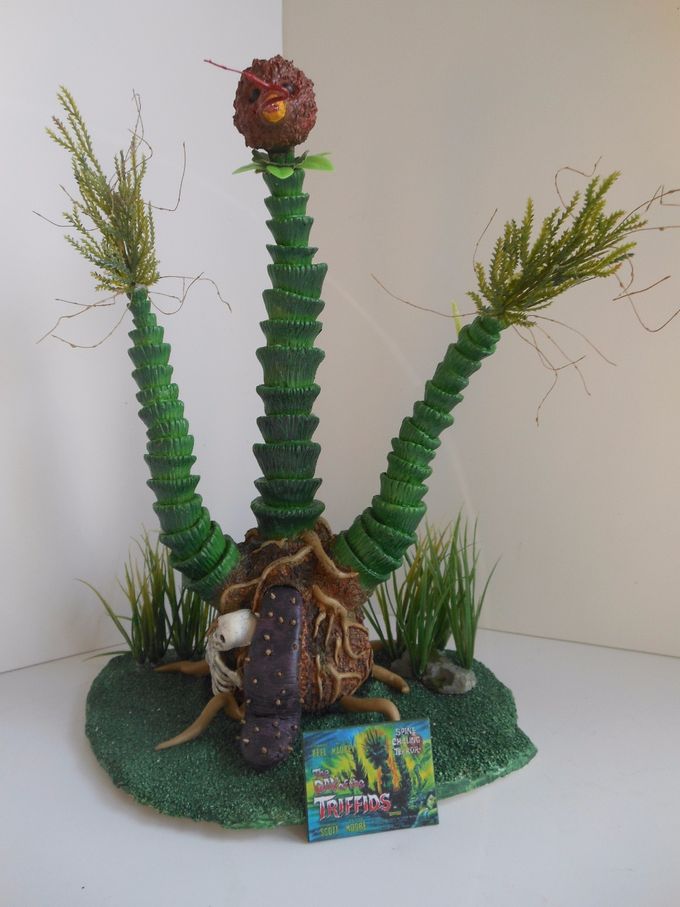 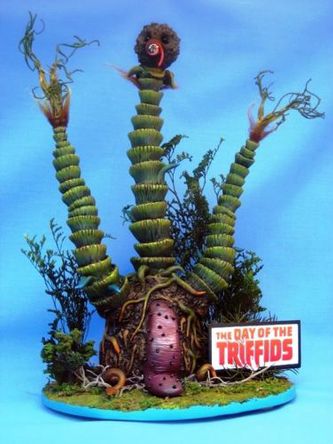 Here is a build based on the 1963 film "The Day Of The Triffids". I got the kit on eBay so I'm not really sure as to its origin. I added the foliage and the skeleton to give the model a little more interest. The picture on the right is of the original kit. The picture above and the slideshow below is my version.

I generally don't care for the title card that come with some of these kits. What I like to do is to download a picture of the movie actual poster, mount it on card stock and attach it to the model.

The movie is about a meteor shower that occurs all around the planet which results in the majority of humans being blinded by their rays. A lucky few escape for various reasons such as the hero who had just had an eye operation which required his eyes being covered during the meteor shower. At the same time, the mysterious triffids which had being appearing over several years (also thought to be brought by meteorites), begin to grow and move about using the tongue like projection to drag itself along. Did I mention that they feed on humans? They have a lethal stinger which made short work of the blind people stumbling about.

The 1951 book by John Wyndham (on which the film is based) has a slightly different take on what transpires. In it, it is suggested that the Russians had been fooling around with plant genetics thus creating the triffids for a vegetable oil substitute for petroleum. A spy had stolen a cache of seeds but his plane is shot down resulting in the seeds being strewn all over the planet. Because of the oils the plants generated, they were raised in huge triffid farms with their deadly stingers removed. However, once the world was blinded, all bets were off and the triffids began to roam unchecked and propagated. Anyway, the general concept has elements of a zombie apocalypse which may account for its appeal such that it is. The film is not that great although has a great scene inside an in flight airliner when a little boy passenger innocently cries out, "Is the pilot blind too?" where upon pandemonium breaks out inside the doomed aircraft. 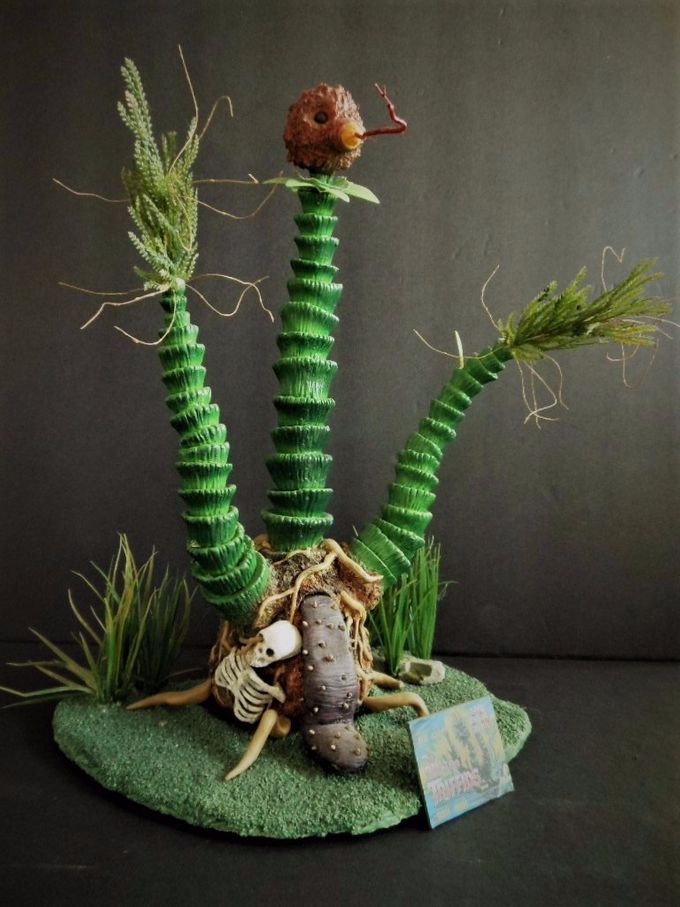 Another view of the same kit using a darker background and a few color filters to 'enhance' the shot a bit.