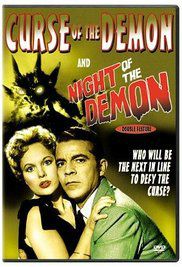 This is a nice resin kit based on the movie "The Night Of The Demon" (1957) (aka "Curse Of The Demon"). It stands about 12 inches (total) with a wing span of roughly 14 inches. The sculpt by Joe Laudati is very detailed and dynamic which we've come to expect from this artist.

In this version (there are three, I believe), the demon is holding one it's victims in its left hand while it is about to rake its claws down a victim's chest. The base is a little odd in that it has a miniature Stonehendge background with a large crack running between the demon's legs which I took to be an opening to Hell.  In the film, this scene is actually over railroad tracks (as is one of the  kit versions) so I may end up picking a few sections of O gauge track and building my own base.

The film was in black & white and little was put into the budget for these movies because of their lack of stature. Still, this film is pretty suspenseful and creepy, especially when the demon is in pursuit of a victim and all you hear is curious, high piping noises and glowing smoke. The film's poster is to the right. 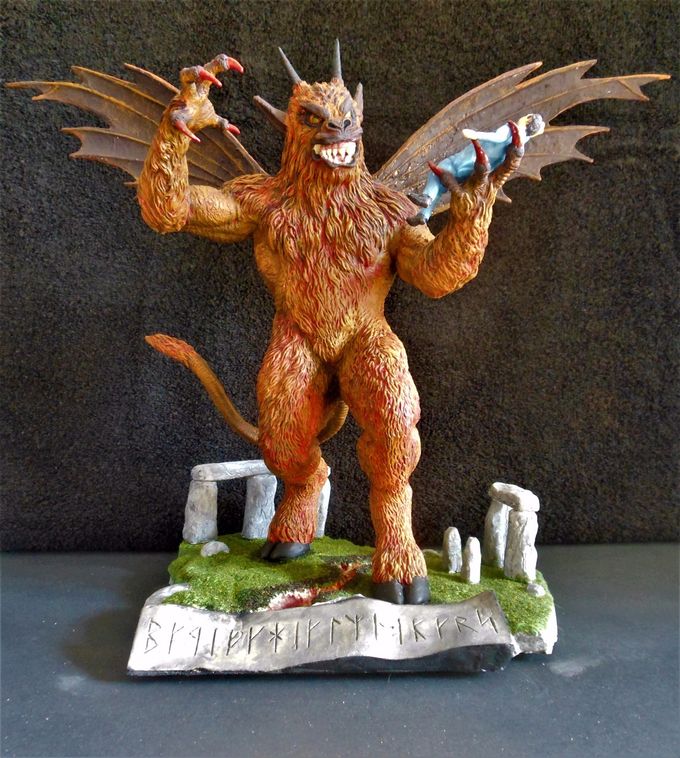 A 'long' shot of the kit showing the unusual base. 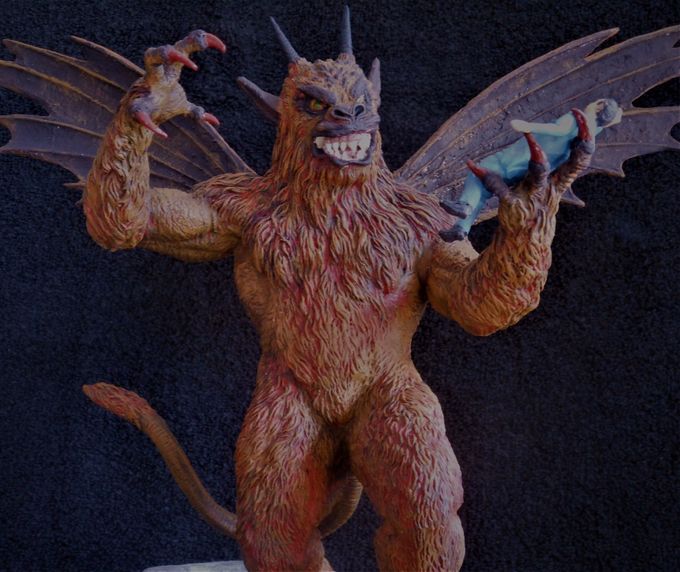 A close-up of the bad guy getting his just deserts.