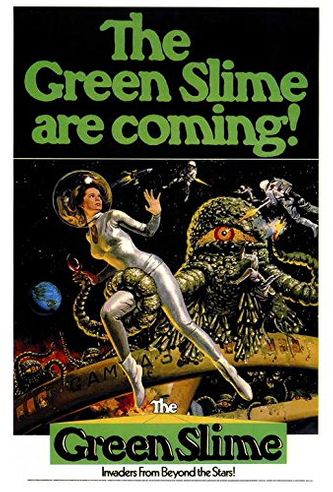 The fabulous poster for this film. I have one and I have always liked the illogic of the scene with the heroine's exposed hands and upper chest to the cold & vacuum of space.

In 1968, a Japanese film with an entire Anglo cast was released on an unsuspecting public called “The Green Slime”. The plot involved an asteroid on a collision course with the Earth and the desperate attempt to prevent it from happening. A special mission is launched to blow up the errant body which succeeds but one of the astronauts manages to track some of the alien life form from the asteroid into the orbiting space station. Curiously, a decontamination process to prevent such an “infection” only causes the slime to grow at a rapid rate into tentacled cyclops' which quickly infect the station. This kit is of that creature.

I picked this up on eBay but I have no idea who produced it although I suspect Biliken may have been involved in some way and the deep yellow color of the resin makes me think this kit is pretty old, maybe from the 90's. It has only four parts; a base, two tentacles and the main body. The quality of the cast was fair with only a few defects that were easy to touch up. Assembly took all of 10 minutes, half of which was waiting for my epoxy glue to cure. 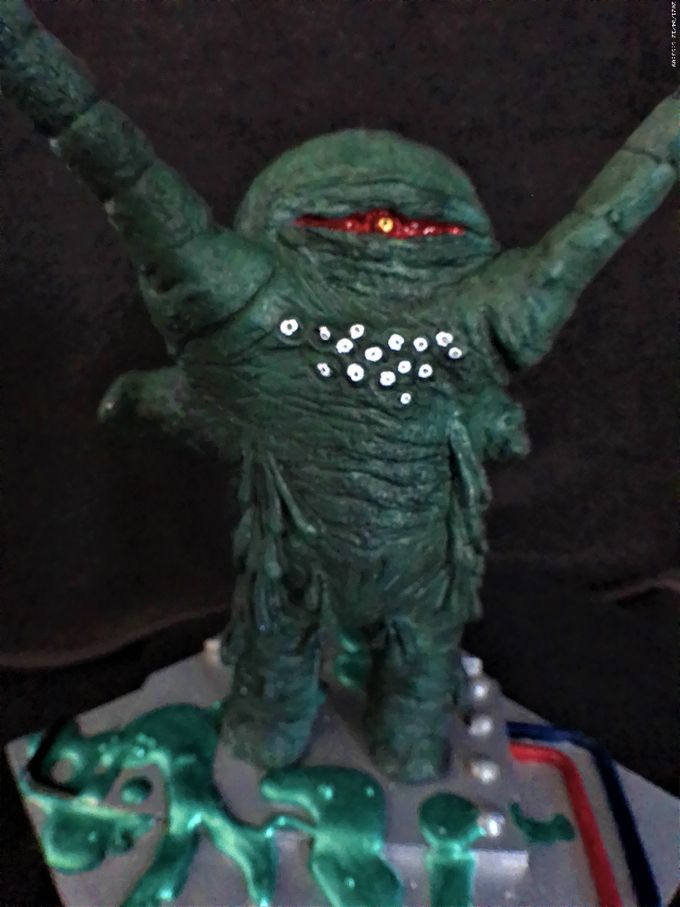 I grabbed several screen shots from the film to get the right color palette for this varmint which turned out to be a very dark green for the most part. The base was of the floor inside the space station though I suppose it could have been on the exterior of the space station where the final battle happens so I gave it a blast of flat aluminum from a rattle can and highlighted the power cables in black, blue & red. In the film, the creatures had the ability to electrocute an individual by touch them (yes, it makes no sense) so I added some short strands of wire at the claws which I painted a fluorescent blue to suggest sparks.

There isn't really much more to say about this kit although it reflects the moderately budgeted films of the period that primarily kept the drive-in theater afloat if only for a little while. 8/20/22