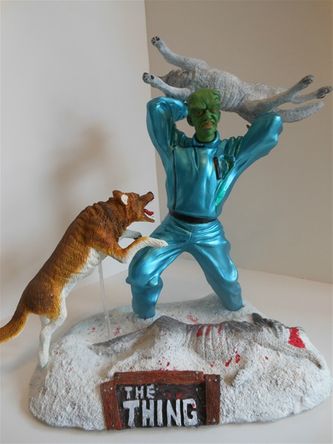 This another nice little kit I picked up eBay. There are several versions of this kit out there, some with dogs, no dogs and different poses of the Thing (From Another World) in its attack mode.

It has been written that James Arness (later to become Marshal Dillion on the classic TV western "Gunsmoke") was so embarassed by his make up that he sat behind a curtain in the studio cafeteria during his lunch breaks. I don't know if this is true or not but I thought he did a pretty good job in a film later in his career called "THEM!", the best giant insect movies of them all.

This kit went together well and I'm really pleased with the husky paint jobs. I was dreading that step a bit before I started but a couple visits on Google provided me with some great pictures of them which helped me out a lot. The kit was set up to have a husky up on its hind legs as he was about to leap at the Thing but I decided to mount it on a clear piece of plastic rod to get it in the Thing's face (so to speak). I think it looks pretty good and the rod is not that noticeable even in person.

I also changed the color scheme on the creature as you can see in the pictures. I initially had him/it in iridescent blue coveralls but, after staring at it for a couple months, I decided to go with a dark gray version.  I then went with a robin egg blue for the skin tone which is a little creepier I think. That's the nice part of this hobby; if you aren't happy with the way something comes out, do it again until you're happy with them. 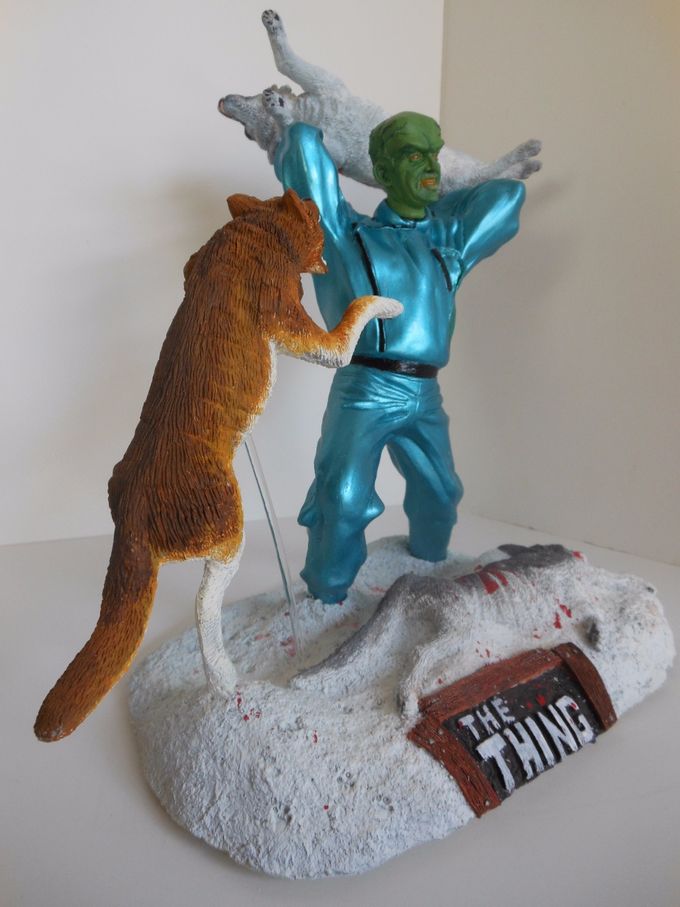 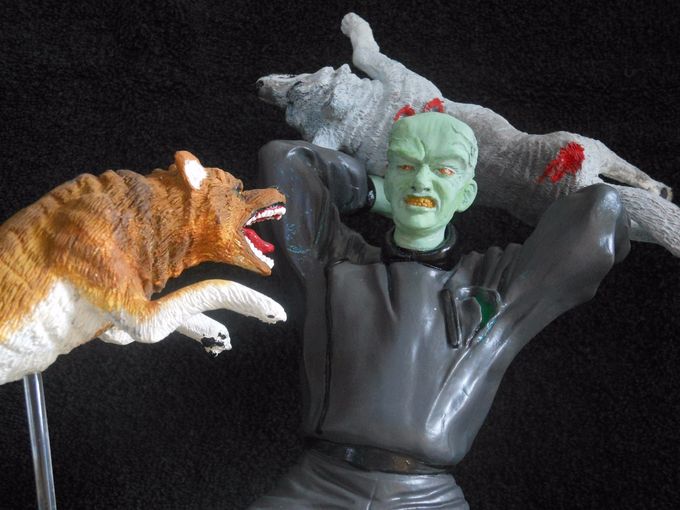 New color scheme. I have to a little more work on coloring the face to give it more 'character'. 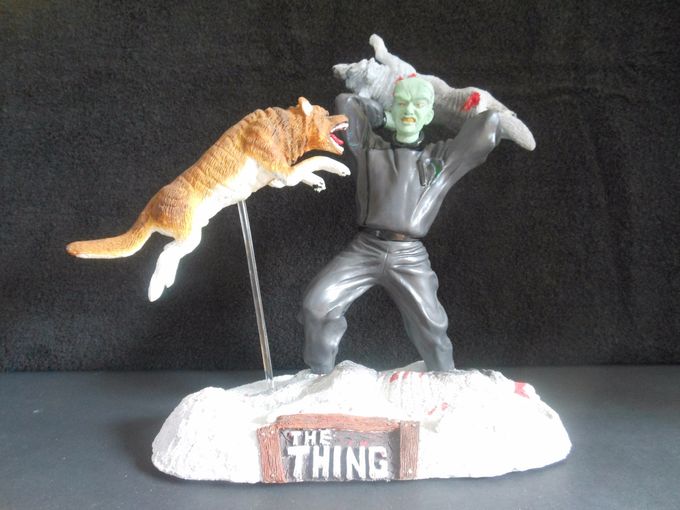 A photo of the husky in mid-flight attack mode. I think it looks pretty kewl if I do say so myself.

One of my all time favorite.Loved it from day one..