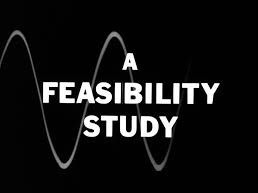 'A Feasibility Study' aired on April 13, 1964 and is, at the same time, one of the more depressing yet uplifting stories of the series. The story is about a six block area and all its inhabitants from an unnamed city on Earth which is literally scooped up and transported to the planet Luminos. The purpose of the abduction is to determine if the humans can survive on Luminos as slaves without contracting the terrible plague that has doomed the Lominoids to slowly turn into leprous, statue like beings. If the test is successful and humans are immune to the disease, the Luminoids will begin to transport all of Earth's humans to their planet to serve out the rest of their existence in slavery. Click here for the full story:

As in all of the Dimensional Designs Outer Limits kits, this one was pretty simple with only four pieces, one of which is the plain resin base. Studying pictures from the episode, I got the impression that the Luminoids where almost shiny on their lumps but a darker color in the meandering crevasses. I settled on silver or aluminum on the raised parts and clear red for the skin cracks. The tattered robe was finished in a dark brown streaked with lighter hues of the same color. The brown cord (included in the kit) served as a makeshift belt.

For added interest, I 'lumpified' the base with PaleoBond resin putty to resemble the Luminos terrain that we catch glimpses of throughout the episode. Then I hit it with a blast of texture paint tan sand from a rattle can for an added finish. Then, as I have been doing with all these kits, I epoxied the title card to the base. I should mention that I drill holes up from the underside so I can drive either screws or nails to a fix the figure to the base. 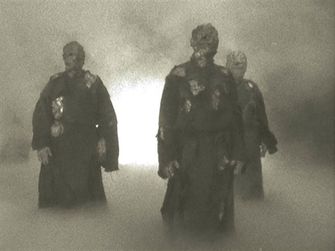 Here is a screen shot of the Luminoids descending on the terrified townspeople en mass. 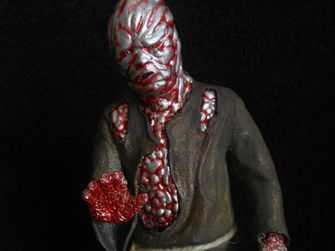 A close up of my build up. That's not blood on its hand, just the funky effects of the disease he has as he slowly turns to stone.