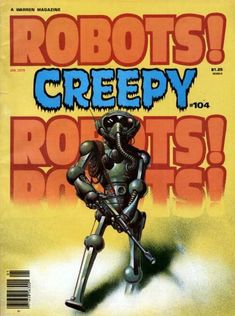 This is a beautiful kit from Resin Realities based on the cover art (at right) of an issue of Creepy magazine (Issue #104) showing a robot, plasma rifle in it grip standing over a scene of desolation. It is not clear if it is an ally or enemy of mankind.

The sculpt (by Helder Moreira & Miguel Zuppo) is loaded with detail and didn't require much prep work. If I HAD a complaint it might be that some parts of the kit were extremely delicate, namely the arm and leg support struts and the hands. I dropped one of the hands while filing of the flash and two fingers broke off, never to be seen again. Lucky, I had some beads and brass stock I could use to make replacements.

The color scheme is based on a photo provided with the kit with a basic foundation of gloss silver from a rattle can and very light wash of iridescent green acrylic with a sable brush. The wash was probably the toughest part since I had to make sure is laid down in a uniform layer. I added a drop of dish soap and few of isopropanol (rubbing alcohol) to act as a surfactant (wetting agent.) to minimize beading.

The base also has tons of detail with a pair of grasping arms reaching up through the debris. I painted the skin with pale flesh tones and added a few bruises here and there to show the victim went down fighting. Who he was fighting, I will leave up the viewer's imagination. My usual 'addition' to this kit was using a bit of steel wool to simulate smoke coming out of the robot's recently fired plasma rifle.

If I have one complaint about this kit is the length of guitar string used to simulate the various hoses emerging from the upper chest & shoulders into the helmet. Why are the manufacturers of these kits so damn cheap when it comes to an item like this? The length they provided was just barely is enough for the hoses needed. In fact, I ended up going to my local music store to purchase a whole guitar string that came to a whopping two dollars and change for roughly thirty inches. The length in this kit was barely six inches long. I have also run into this similar shortage situation with kits that use fiber optic cable...they give you just enough and not an inch more. If this stuff was high priced items, I could see them being so miserly but it isn't the case. Anyway, enough of my whining.

On a personal note, I had been an avid reader of Creepy magazine and it's warped cousin, Eerie since issue number one found its way to my local news stand in 1964. For the uninitiated, Creepy was a black & white comic book that had a half dozen or so stories in each issue, some of which based on the horror classic of Edgar Allen Poe, Ambrose Bierce & Bram Stoker. The art was fabulous and the covers (and a few stories) were often done by the master of fantasy art, Frank Frazetta. What is curious is that because the stories, often quite gory or suggestive in nature, didn't fall under the comic book censorship code established in the mid fifties because they were illustrated in black and white! Go figure.

Anyway, in the late sixties, Creepy offered a writing contest to its readers, the winner of which would have their story illustrated in a future issue. No, I didn't win but I got an honorable mention and my story 'Pipeline; appeared in the 'Letters' page of issue #13, (how appropriate). Thus started my writing career in the horror genre. 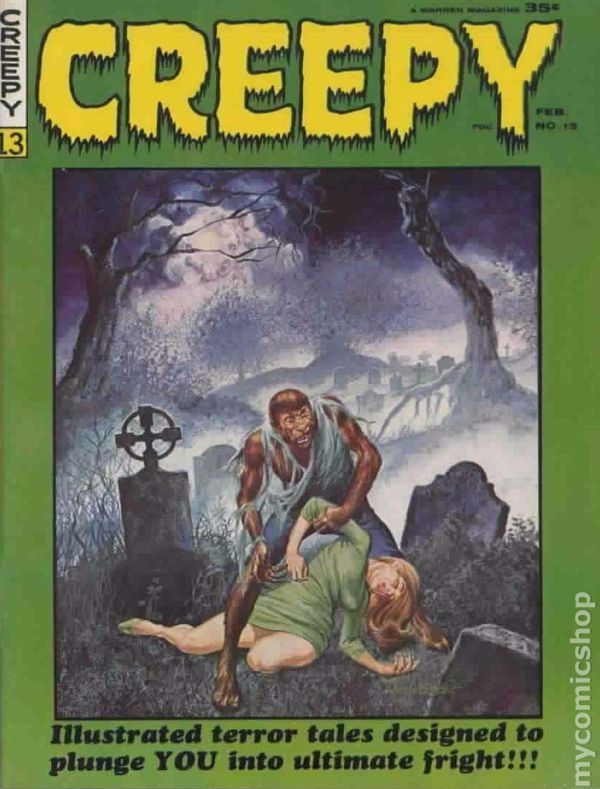 Here is the cover of the issue of Creepy magazine that my first published story called 'Pipeline' appeared in at the tender age of 17. 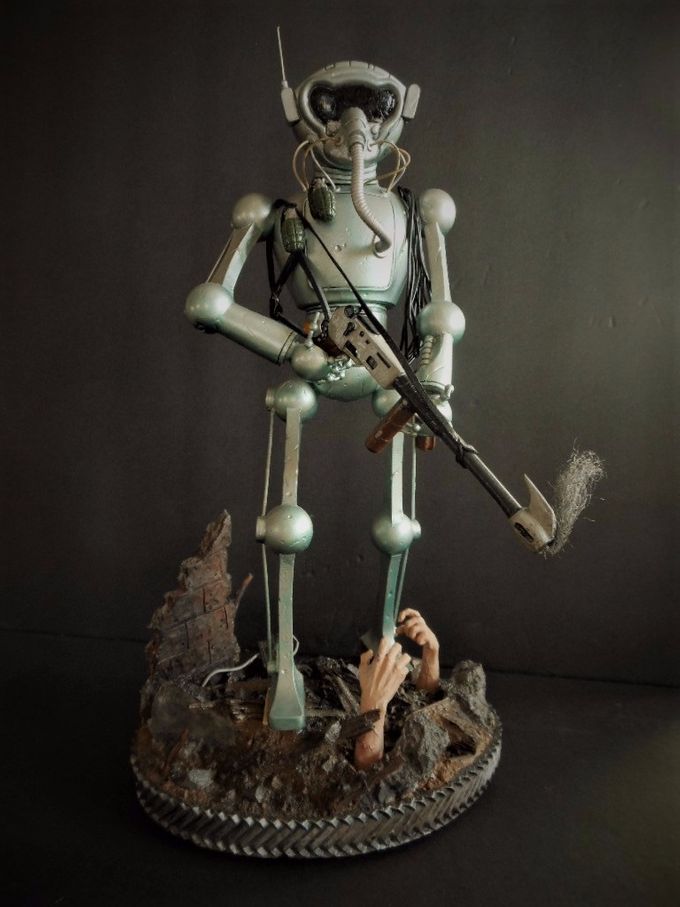 Another photo of this great kit using different color filters.