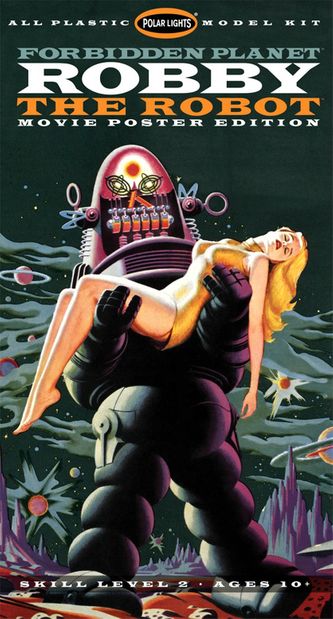 This is another great kit from Polar Lights. It comes in a few versions, eg.,  just the robot, a chromed version and the so-called theatrical version. The theatrical version model has Robbie carrying the Ann Francis character (a scene that DIDN"T happen in the film as it turns out) and a cardboard background of Altair IV that you can pose Robbie in front of if you wish. The box art for that particular kit is at the right which is fairly close to the original theatrical poster.

I really enjoyed making this kit primarily because it went together very nicely. To give it a bit more of an 'alien' look, I added some coral colored sand to the base.

I also decided to install another of Starling Technologies Light & Sound Kits for this kit (http://www.starling-tech.com/index1.php?id=robby) which, as it turns out, was my second attempt at installing light and sound in a model.  It was really a tight fit packing all the stuff in the base (as my video below shows) and down through the figure but it was well worth the effort The sound package has 14 phrases from the film's sound track that Robbie utters throughout. A really fun build with nice results. 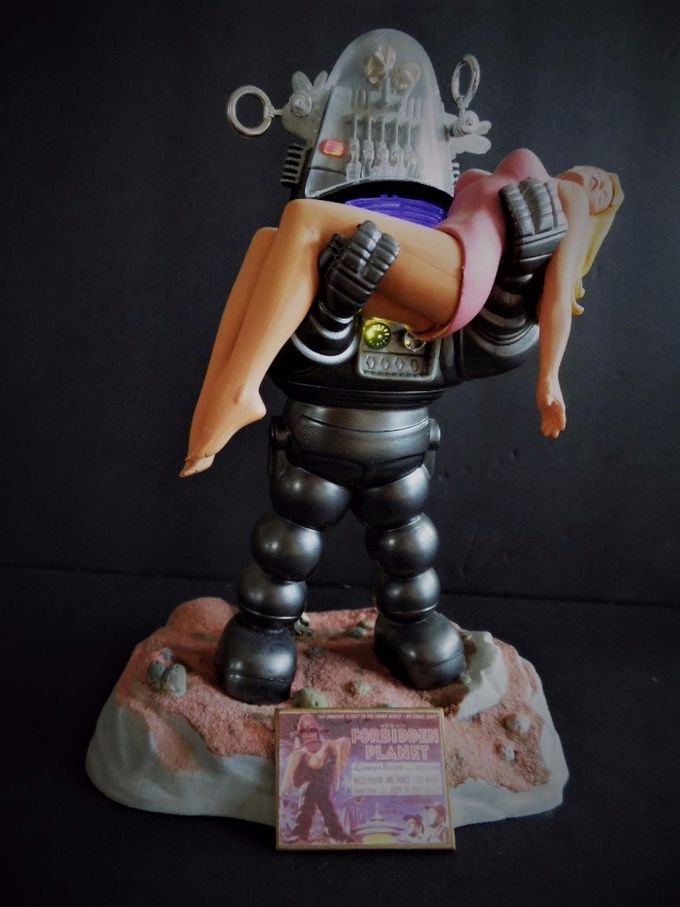 This is my build-up of this very nice kit. Note that this is the so-called "poster" version. The kit comes in several other configurations without the girl 'victim'.