A Bot And Its Dog 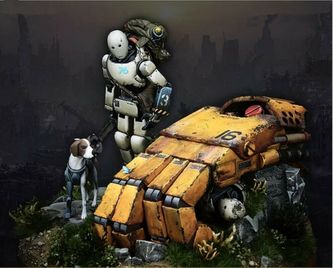 The 'box' art for this kit.

Here is a very nice little kit I picked on eBay that I call “A Bot And Its Dog”. I chose this name in a nod to the post-apologetic science fiction novella called “A Boy And His Dog” by Harlan Ellison which was made into the 1975 film of the same name starring Don Johnson. The setting & characters for the model (as I envision it) is generally the same as the film but that is where the similarities end.

This resin kit is from China and is roughly 1/16 scale with the robot standing about 5 inches tall. The kit is very well cast with no flash to speak of. There were seam lines on the robot's legs but those were quickly dispatched with a file.

The kit had about thirty pieces and if I had a complaint about this kit. It would be that there were no instructions. Fortunately, the seller provided a few pictures on his eBay page which I downloaded and printed out for reference. If not for these photos, I'd still be struggling with the assembly trying to figure out what went where. 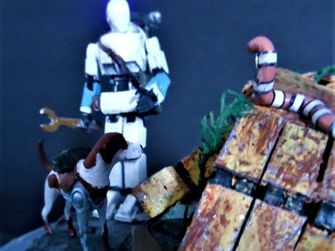 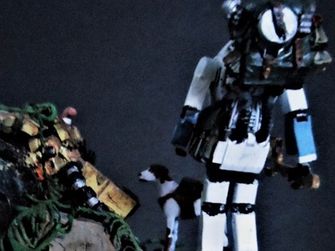 To add a little more life to the scene, I decided to light the robot. Initially, I was going to use fiber optic cable but the route from the robot's eyes to beneath the base somewhere to a hidden light source was too torturous. I ended up drilling out the bot's head from below to accommodate a blue LED and ran its wires down through the torso and legs by drilling a 1/64 inch channel to feed the wires to the base where the battery would be hidden.

I used a CR 2032 battery to power the bot eyes, the advantage of which was that I only had to grind out a shallow pit in the under side of the base to accommodate the battery holder. This allowed me easy access should I have to replace the battery at some point. I mounted the on/off switch in the rear of the base out of sight though it looked a lot like the debris cast into the base so I wasn't that concerned with its appearance. 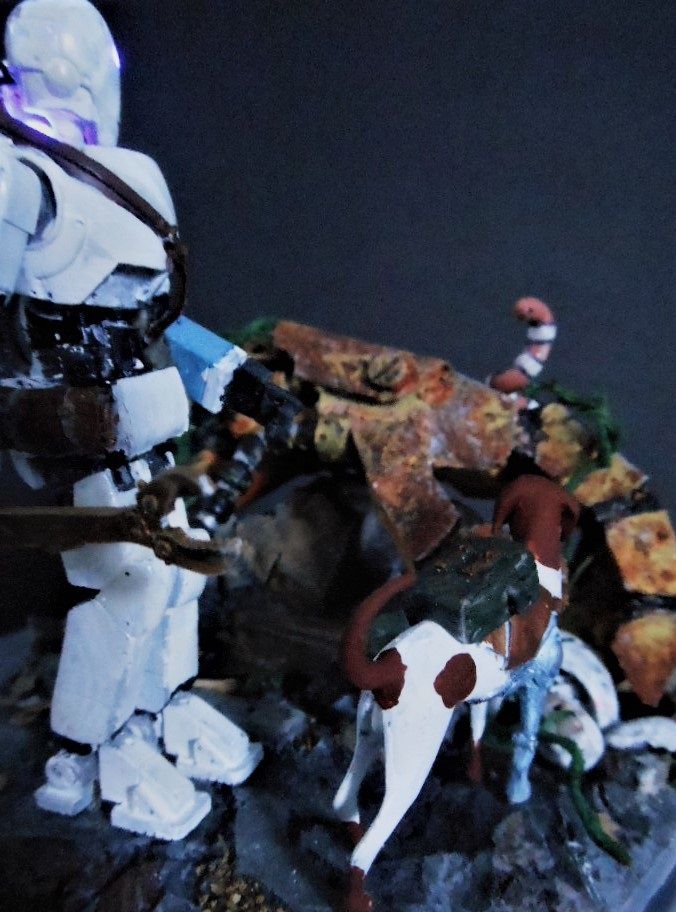 Face off with a snake.

I pretty much followed the color scheme as shown of this kit on eBay although I went with the paint/salt technique to bring in a much more corroded appearance to the giant robot hand. See Tip #28 in the Hints & Tips area on my web page to get a detailed description of this process.

I also added some debris here and there by placing a few vines, dead leaves and mouse bones (yes, mouse bones) scattered about. The art for this kit shows the robot and dog staring at a butterfly. I didn't have one so I used a snake instead that I made out of epoxy clay. It's on top of the giant hand though a bit hard to see in the pictures.

This is very nice kit but I wouldn't recommend it for the beginner simply because it didn't have any instructions. If I could make a wish to improve this kit (aside from providing instructions), I'd like to see it in 1/12 or even 1/6 scale format. In any case, it was fun to build and will make a fine addition to my ever growing collection. 3/14/20 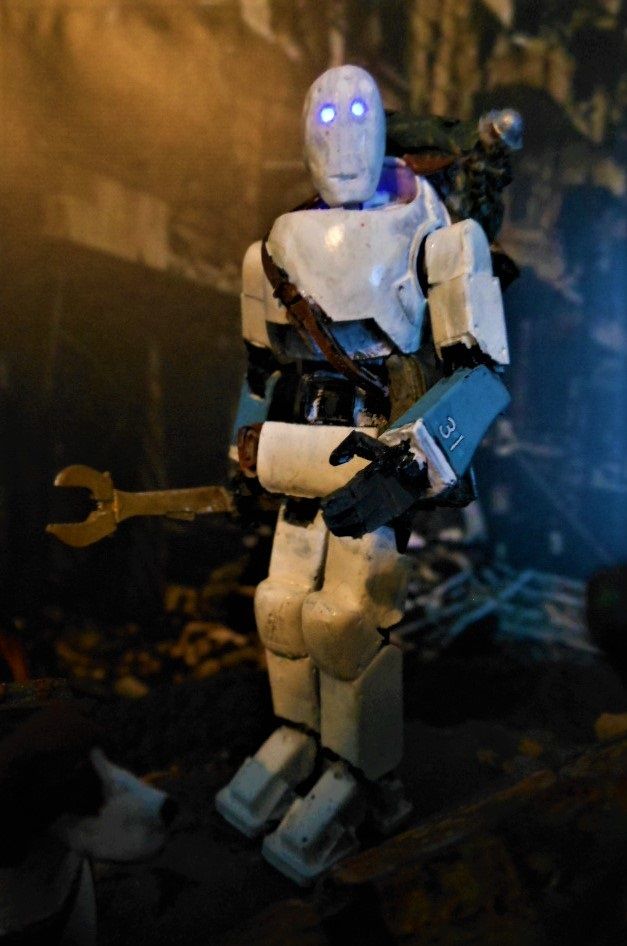 Close up of the robot. Its eyes are much bluer than this photo Suggests unfortunately. 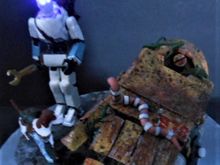 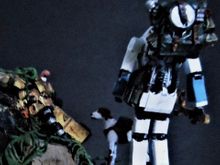 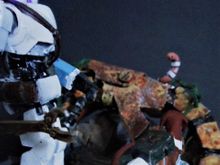