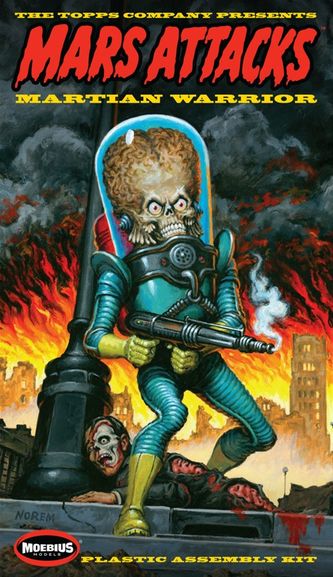 Here's a nice plastic kit from Moebius Models based on the outrageous series of 1962 bubble gum/trading cards from Topps Inc. called “Mars Attacks!”. The model scene depicts an almost gleeful Martian with a partially dissolved victim laying at its feet. That's the box art on the right.

A little background: I was twelve or so around the time these cards were released but I can't recall seeing them on the counter of my local candy source. Due to their very violent and lurid artwork depicting the unprovoked invasion of the hideous Martian monsters destroying everything thing in their path, many parent groups tried to stop their sale to minors which may account for them escaping my notice. Being a typical preteen boy fascinated by guts and gore (as I am today), they would have been quickly scooped up by yours truly to add to my fledgling collection of trading cards.

In 1996, Tim Burton directed a film of the same name that attempted to capture the general mood of the cards. An opening scene in the film in which of a herd of cattle, engulfed in flames, stampeding down a city street at dusk was truly effective but the film as a whole really wasn't that good in my view, despite its all star cast headed by the likes of Jack Nicholson, Glenn Close and Pierce Brosnan to name a few.

Anyway, the kit is of the standard plastic variety requiring fundamental assembly and painting skills. The instructions are straightforward and if time is taken to eliminate seam lines and careful painting, one can have a pretty nice looking kit after a few hours of effort.

I followed the color scheme fairly closly as recommended by the manufacturer although I 'spuced' up the Martian head a bit and added some debris on the base, namely a broken bottle and a soiled book.

As in the past with other kits, I decided to add some lighting to the display by illuminating the street light with an LED I had kicking around. I hid the battery pack beneath the base and placed the on/off switch in the rear for easy access.

If you want to learn more about these interesting cards which have since beome a collectors item, I found a link on YouTube that is essentially a 5 minute slideshow with creepy music displaying the front and back of the cards in sequence so you get a pretty good idea of the gruesome artwork and story. Click here: https://www.youtube.com/watch?v=YMC4h1bsCpg 5/12/2017  SOLD! 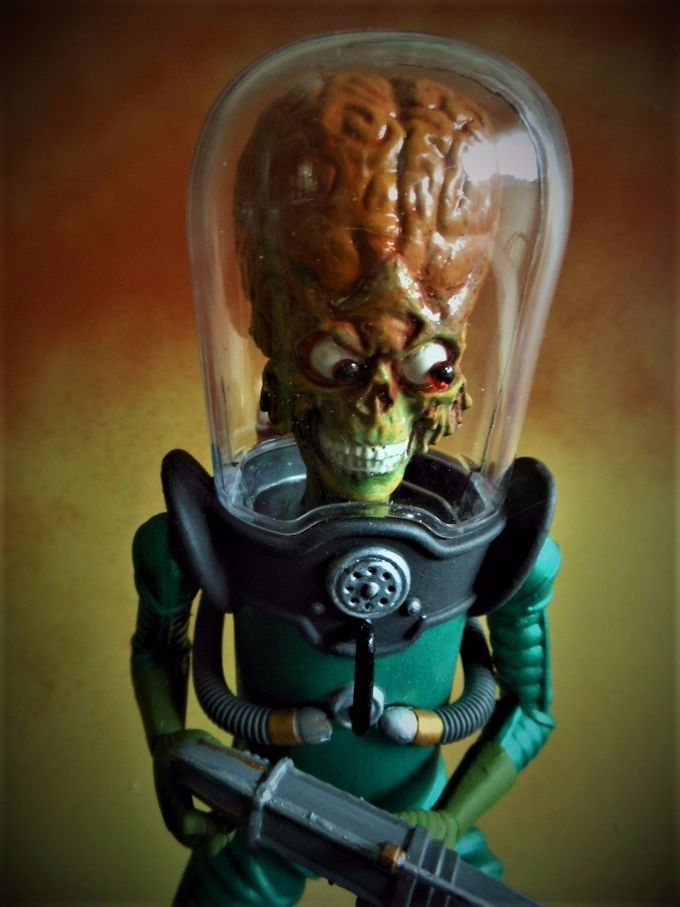 A close up of the Martian. I used glass doll eyes to give him/it a creepier look. 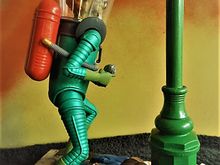 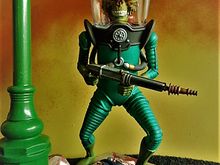 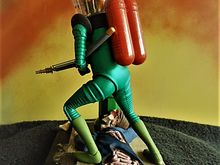 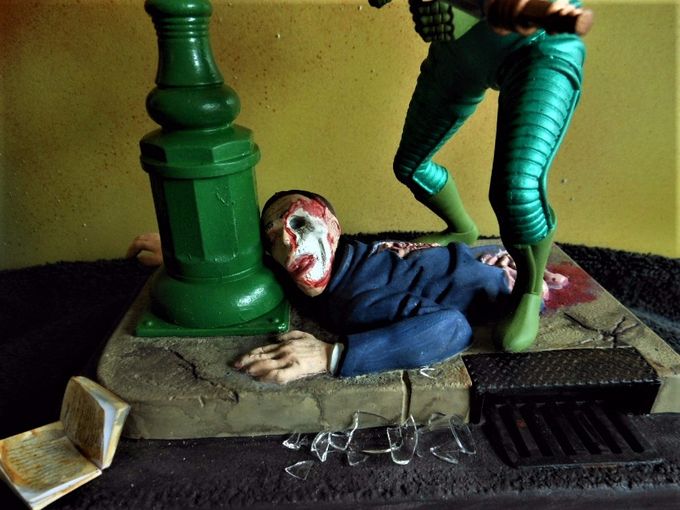 A bad day to take a stroll. The book and broken bottle are NOT part of the original kit. 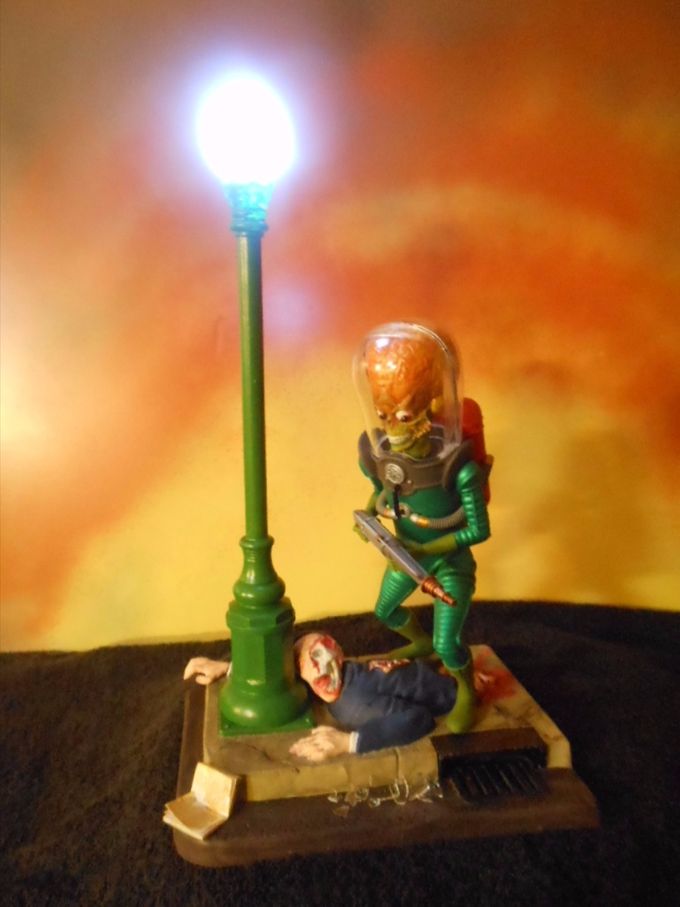 Here's a shot of the illuminated kit. The street light isn't really that bright but the limitations of my digital camera make it appear so. It is actually much more subtle.