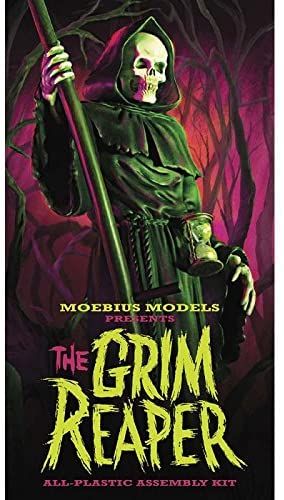 The box art for this nice kit.

Not having built a 'regular' plastic model kit in sometime, I decided to take a run at this nice kit from Moebius Models featuring the Grim Reaper. The kit is nicely cast which is SOP for the Moebius line and I used an alternate skull face from Escape Hatch Hobbies. Here's link for the replacement head http://www.escapehatchhobbies.com/Blind%20Dead.htm where you can also get a nameplate and different tombstones if you are so inclined.

Assembly took about two hours (not counting paint time) and the parts went together well although I have to take issue with the hourglass cast in two pieces. Moebius Models isn't the first to cast clear parts in two pieces but I'm not sure why anyone even does it at all. Is it supposed to make me feel good that I stuck two things together on top of the other things I glued together or is it a manufacturing issue? On parts supposed to represent glass items like bottles and such, you always have a visible seam which destroys the illusion of their being glass. I just don't get it.

In any case, I assembled the Grim Reaper completely but left out the skull and bony hand so I could spray paint the entire figure in flat black from a rattle can. I was considering painting the inside of the sleeve and hood a flat red but decided against it since it would look like a version of Dracula. I painted the rope belt a flat tan color and then applied a medium gray wash for an aging effect. The skull and bone parts I painted a ghost white tinted with a very little wash touch of blue to give a spectral hue. I then finished these pieces up with a black wash to bring out the details of the skull and bones and then dry brushed them with off white to bring out the surface detail. I painted the scythe blade a flat aluminum with chrome on its leading edge. The wooden handle was painted a nutmeg brown with a wash in black. 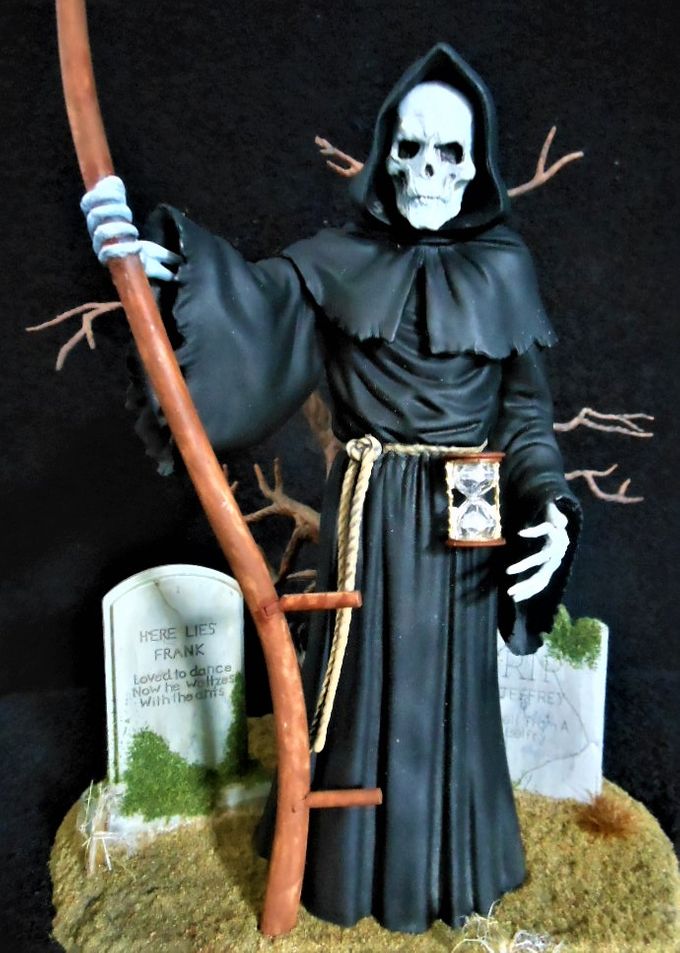 The tree looked pretty good in terms of its shape which, I imagine, is a bear to sculpt much less cast in plastic. I gave it a base coat of satin boot brown and then came back with a medium gray wash followed by a black wash once the gray wash had dried. 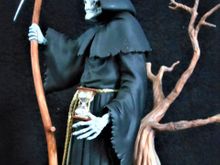 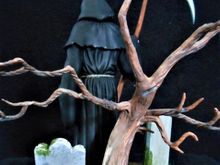 Rear view of the kit. Click for a larger image.

The two gravestones got a base coat of gray primer and several washes of gray and brown. I then put some random blobs of white (PVA) glue on their surface onto which I dusted with blended turf ground foam to look like moss.

Next, I coated the base in the 'grass' areas with PVA glue and then liberally dusted it with an earth color ground foam. The stone in the foreground got a coat of semi-gloss black which, when dried, I randomly streaked with iridescent white to hopefully make it look like a block of veined marble. I added a number of my dead paint brush weeds along with some commercial clumps of dead vegetation I had, the idea being everything in the scene was dead aside from the moss on the headstones.

So that's about it. This is a nice kit that is reasonably priced and looks good with a minimum of effort. 6/27/21 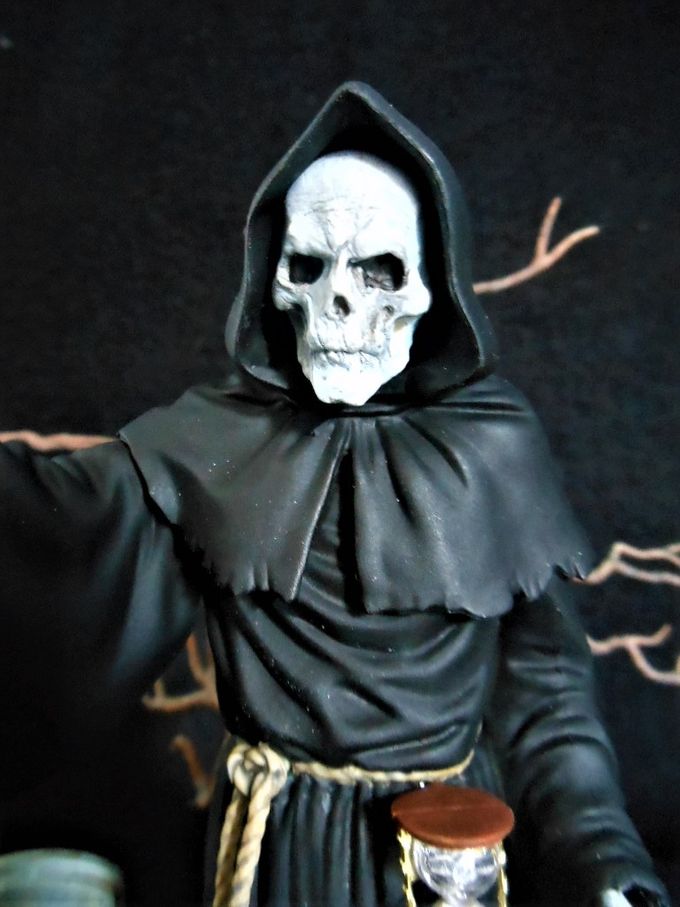