The Grim Reaper On Horseback 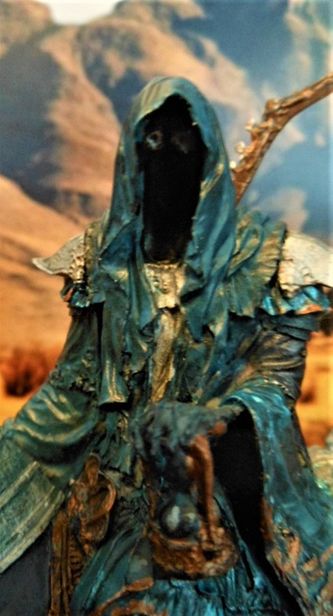 Here's a nice little kit I picked on eBay not too long ago displaying the Grim Reaper on horseback holding an hourglass. Though this isn't the first time this general image has been depicted, I was drawn to this one because of the spectral aspects, namely that the horse has only partial legs visible (or none at all), giving the impression that its deadly rider has just materialized to claim yet another soul.

The kit has a dozen parts or so, broken up in such a way to make painting much easier. I don't know if this was intentional but it worked out for me that way. The pieces are nicely cast in resin with very little prep work needed with only a few seems lines to deal with and no bubbles to speak of. There are no assembly instructions but that isn't an issue if you're familiar with this type of kit. The only change I made to the assembly was to NOT to install the death's head face piece inside the hood.

I wish I knew who the sculptor was because it is a very attractive piece when completed, with my only suggested improvement being that I wish it was twice as large. The completed kit is roughly 6 inches long by 4 inches high. It does NOT come with a base but I found one in my scrap box that was of the appropriate size and mounted the rider and horse on a 1/8” diameter piece of clear Lexan rod to add to the illusion of levitation. 1/10/2018 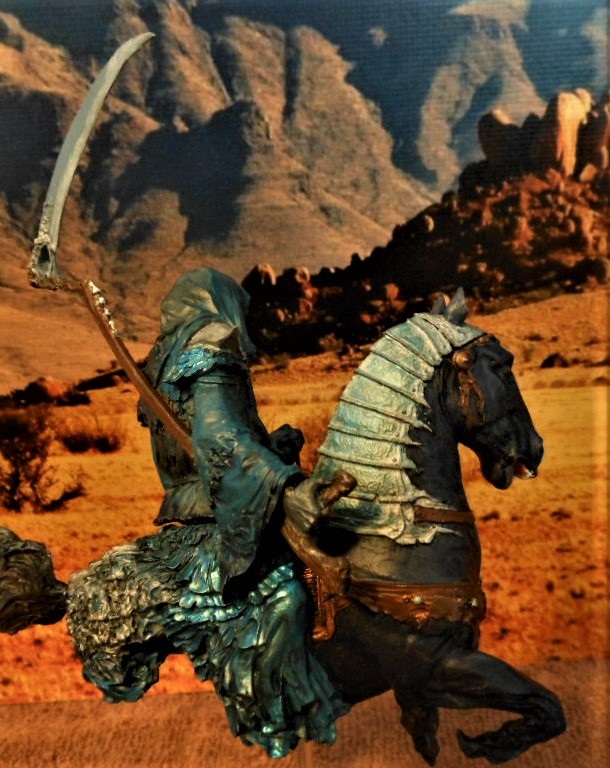 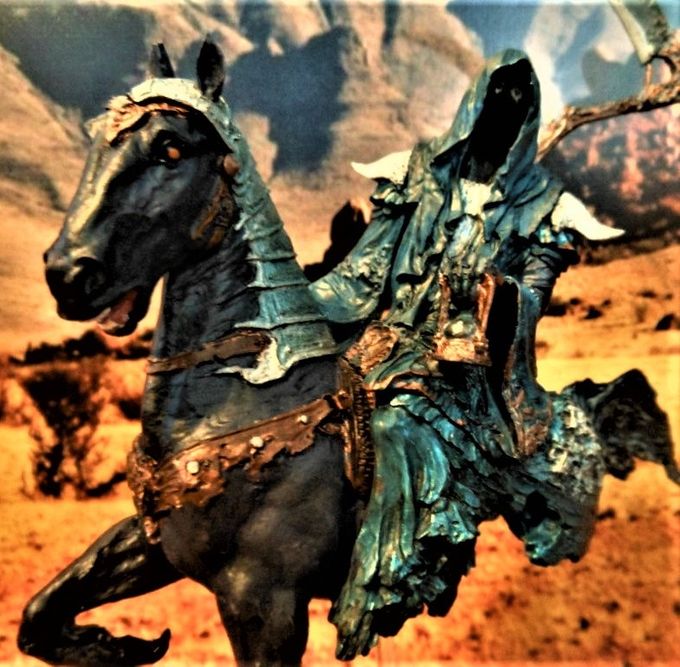