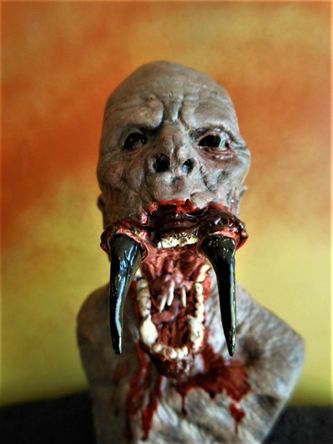 Here are a couple of bust kits I picked up from a British outfit called Boxing Dog Model Kits. Why the dog is boxing, I haven't a clue.

I happened upon a photo of one of the busts, “Inner Demon” on a Google search for something else and I liked the looks of it. Boxing Dog Model Kits operates through Facebook as opposed to being a strictly Internet site so it might be a little hard to find but it is there.

The company is run by Paul Evans who is very easy to deal with via Facebook or email (bruceelea@gmail.com) and he has a number of interesting kits, one of which is a very nice build of Donald Sutherland as one of the pod people from 1978's “Invasion Of The Body Snatchers”. Some kits are of other movie characters such as Norman Bates from “Psycho” and Travis Bickle of “Taxi Driver” along with numerous zombie and monster characters of no particular origin.

Such is the case with the two busts I picked up as the aforementioned “Inner Demon” and the other being “Dear Zombie”. Since they are busts, they're pretty much exercises in just painting which I was in the mood for a change.

SOLD! - The 'Dear Zombie' bust was nicely cast and didn't require any clean up. Being dead one can paint him (it) as just becoming so or presenting a character that has been wandering around for quite a while. I chose the middle path so he's both rotten and still a little 'wet'. I decided to give him a dead eye since there was a deep scar running down that side of his face. He had a tie so I figured in his past life he may have been an office worker of some kind so I stuck a pencil in his pocket that I made out of a finishing nail. The 6 3/4” bust goes for $38 plus shipping from the UK. 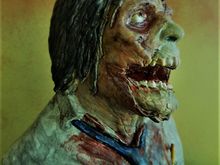 Dear Zombie right side. Click once for a larger image. 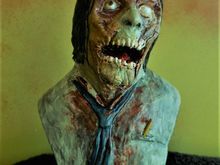 Dear Zombie front. Click once for a larger view

Dear Zombie left side. Click once for a larger view.

The nicely detailed 'Inner Demon' bust did have two teeth or fangs that had to be attached but that was about it. It needed a bit more clean up than the Dear Zombie bust but nothing really objectionable.

Again, the color palette would be pretty much up to me so I went for a severly bruised look to suggest the demon literally bursting out of it's host's body. The mouth stinger had two barbs made out of toothpicks since it would have been difficult to cast but I wanted to go with three. I drilled out the two originals because I felt they protruded a bit too much and I added the third just above them, again, using toothpicks. I made several applications of fairly thick clear enamel on the eyes to make them bulge to keep in line with the overall theme of the bust. This bust 9 1/2” costs $95 plus shipping from the UK. 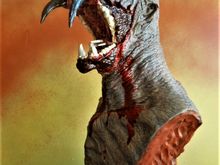 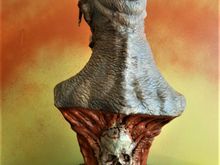 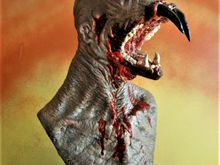 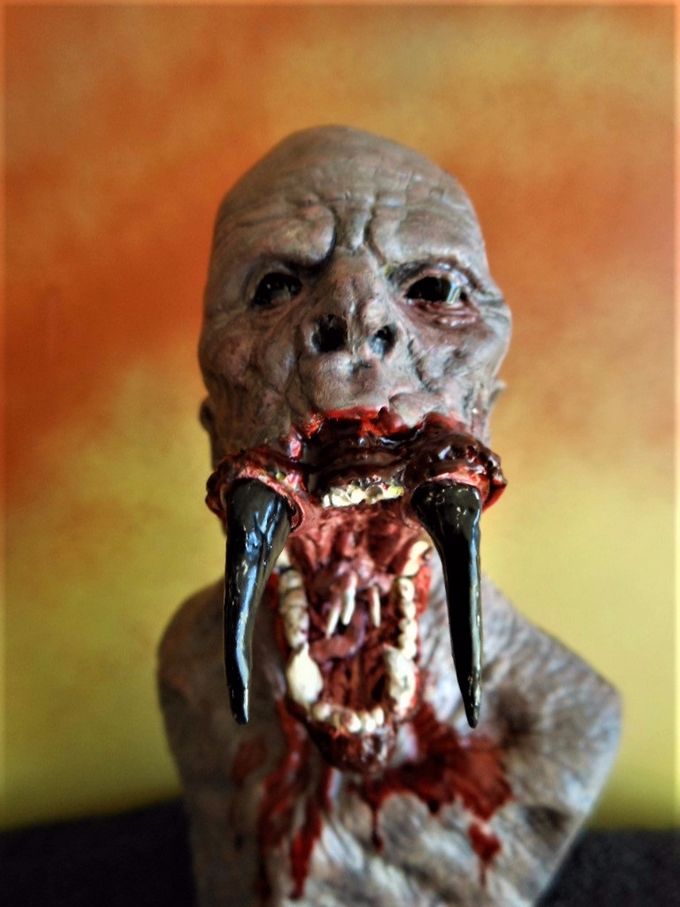 Fantastic work geoff on my kits. Its a pleasure to serve. All the best. paul e. (B.d kits. Bruceelea@gmail.com)