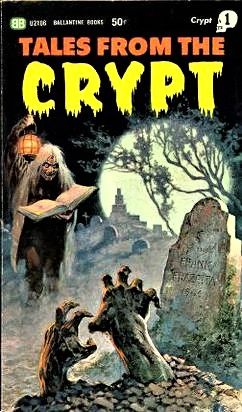 Frank Frazetta (!!!) cover art for the paperback book on which the movie is based. Note the price.

This is a very nice roughly ¼ scale bust based on a segment of the 1972 British horror anthology “Tales from the Crypt”. The film itself was based on a Ballantine 1964 paperback anthology reprints of Tales from the Crypt, The Vault of Horror and the like from a decade before. As it turns out, I happened to have that paperback and read it frequently. Here's a couple Wikipedia links to check out the paperback and film for those that maybe interested:

Here's the link to the paperback: https://en.wikipedia.org/wiki/Tales_from_the_Crypt_(book)

Here's the link to the film: https://en.wikipedia.org/wiki/Tales_from_the_Crypt_(film)

The movie itself is a lot of fun and ties the five separate stories together in a clever way, not unlike “Dr. Terror's House of Horrors” (1965), another great horror anthology I highly recommend. The story the bust represents was titled “Poetic Justice” and starred Peter Cushing as a poor widower who is hounded to his death by snobbish neighbors who don't approve of him or his life style. In grand Crypt fashion, the tale's “poetic justice' is metered out in typically ghoulish revenge by Cushing's corpse 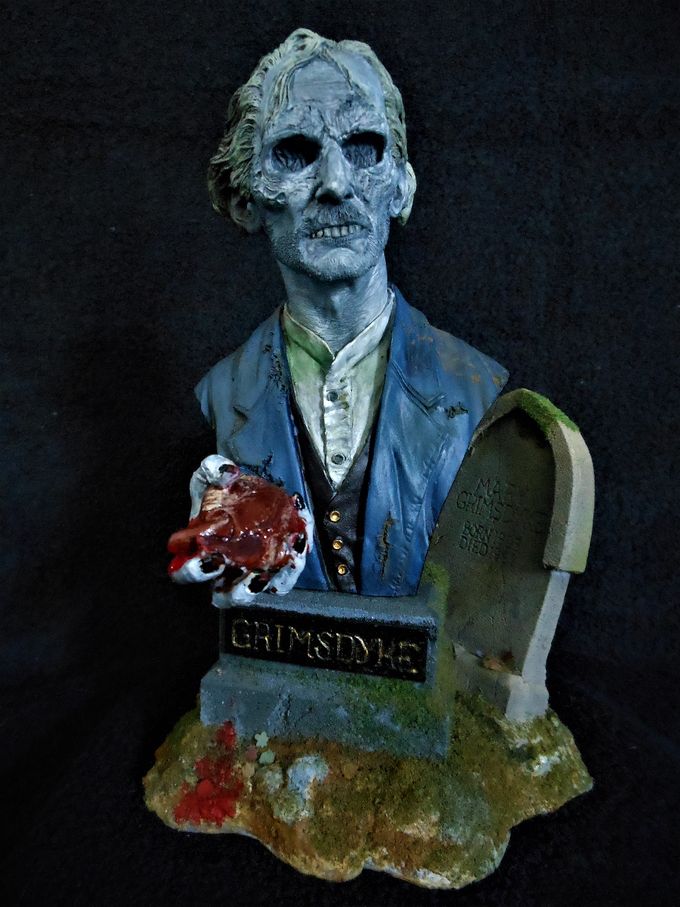 The completed bust of Arthur Grimsdkye. Why anyone would screw with someone whose name is "Grimsdyke" is a mystery to me! BTW, that's a human heart it is holding. Click for a larger image.

This Gillman Productions sculpt is by Jeff Yager with lots of detail and probably the cleanest cast I have ever seen. Aside from some minor filing to get wife's gravestone to sit properly, the rest of the cast was flawless. The color scheme for Grimdyke is pretty much as it is in the stills from the film although I kept away from the overall bluish tint that the film's conclusion had for atmosphere. I added some ground foam for moss and to hide a seam line between the base and the aforementioned tombstone. A very nice kit that would be a welcome addition to any collector's horror line up. 8/8/21 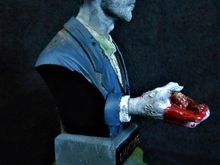 Right side view of the bust. Click for a larger image. 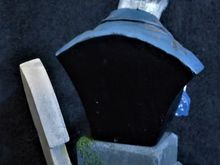 Rear view of the bust. Click for a larger image. 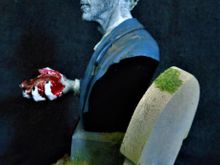 Left side view of the bust. Click for a larger image. 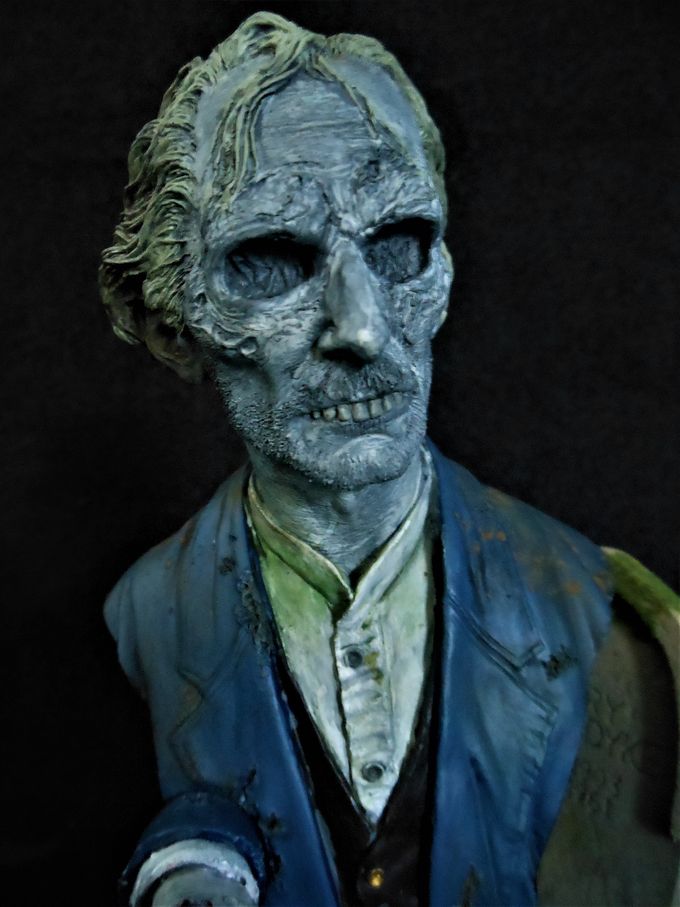 Closeup of the vengeful spirit. You can actually make out Peter Cushing (Grimsdyke) under all that makeup.