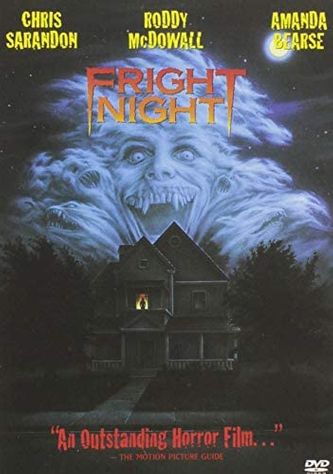 The movie poster art on which this bust is based.

“Fright Night” is a 1985 horror comedy starring William Ragsdale, Roddy McDowall, Chris Sarandon and Amanda Bearse, the plot of which is about a teen (Ragsdale) who is convinced that his new neighbor (Sarandon) is a vampire. In the course of the story, Charlie's (Ragsdale) girl friend (Bearse) is turned into a vampire with her final transformation is the horrific image seen on the poster. The movie is a lot of fun and still holds up after all these years. McDowall's performance as the fading film star is spot on and Sarandon is a charming and creepy vampire at the same time. I highly recommend this film if you haven't seen it and avoid the 2011 remake with Colin Farrell as the fanged one.

I had a similar figure of Amy that I did a number of years ago in a 1/12 scale resin figure that I have since sold. Click this link if you wish to see that project: https://www.oneeffgeof.com/432343527

Anyway, I came across this bust from a Facebook (of all places) promotion from Holy Grail Kits which is located in Britain. This limited addition bust (only 20 produced) was fairly expensive along with the overseas shipping coming in a tad under $240.00. Additionally, the shipment was delayed because of casting issues along with a postal workers strike so I was a bit miffed at the delay. In any case, it finally arrived last week packed haphazardly (IMHO) with evidence of very rough handling (tears in the box and several large punctures) so I guess the Brit postal workers were still pissed. 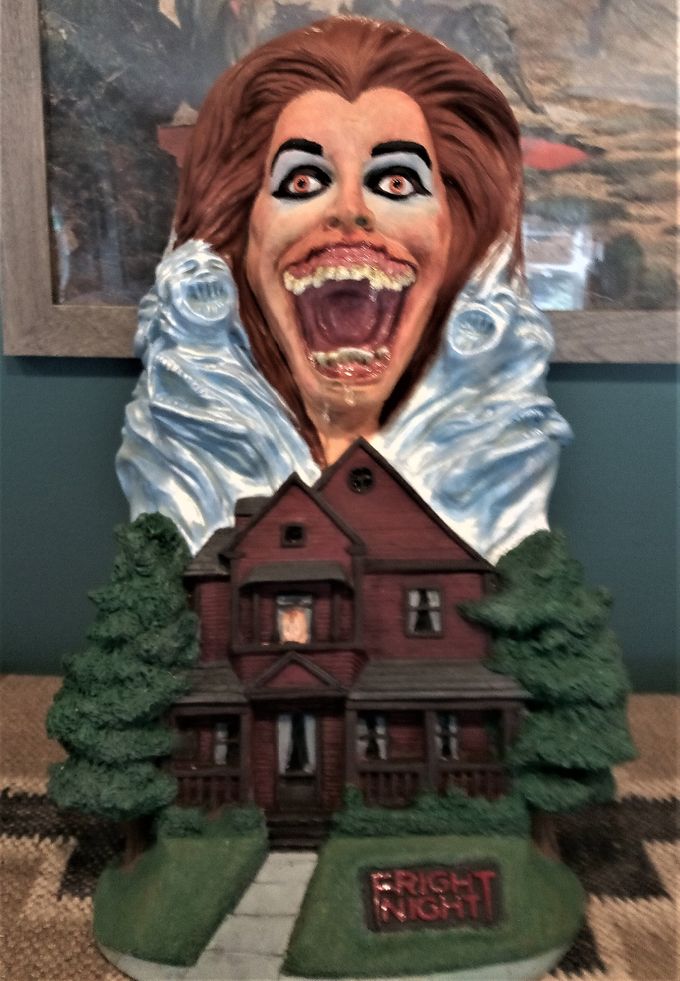 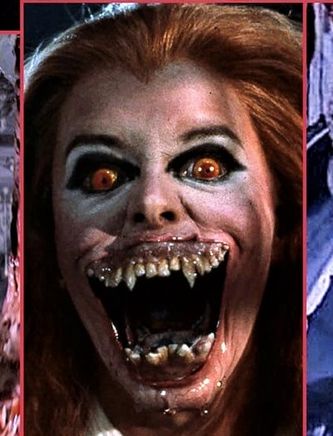 The still from the film that I used as a painting guide.

Despite all of the above, I have to say I am very pleased with this ½ scale bust. The very detailed sculpt is by Darren Harvey of DFX Studio and is based on the poster of the film. It was hollow cast which probably reduced its weight by at least twenty pounds. If I had a complaint it would be that the bust's base is angled in such a way to make it lean back about 30 degrees. I had considered trimming the base for a more vertical alignment but ultimately decided to let it be.

I went with a significantly different color scheme than that of the poster which was mostly “ghostly” coloring for Amy and the surrounding creatures with grays and blacks for the other objects.

From Google image searches, I got a number of nicely detailed photos of Amy after her transformation which helped guide my hand. I also went with a significant departure for the house which is a medium grayish tan color in the movie. As it turns out, there is a house of very similar appearance down the street from me which had a maroon and black color scheme which I adopted for my take on the bust. I also decided to colorize the other bust features such as the trees and grass although I stayed with the light blue grays for the other spooky elements. 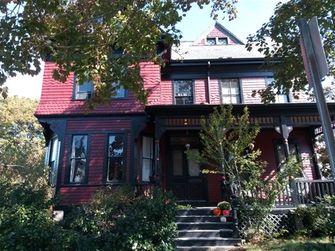 An actual house nearby that I used as a color guide for the vampire's lair. The house in the film was light tan & gray colors. 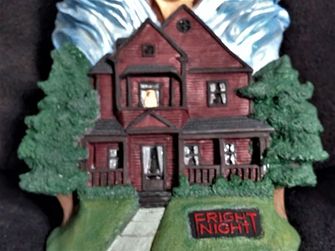 My interputation of the house which is very similar to the one at the left.

For Amy, I used the yellow, red and blue wash technique over a base coat of light flesh. The eye makeup was pretty simple with black as the main component and off white color around the perimeter of each eye. I went with burnt sienna for her hair which I very lightly streaked with light gray and a bit of metallic white. I cheated on the eyes themselves by using 8mm orange doll eyes.

I painted the house a weathered maroon with dark brown trim and dark gray for the roof. The surrounding foliage was done in various shades of green to help distinguish the trees from the other shrubs and grass.

For the ghostly effect surrounding Amy's head, I started with a base coat of flat white. I then came back with sky blue that I dry brushed over the whole swirling surface. Once this dried, I dry brushed the entire area with medium gray followed by metallic pearl white.

Finally, I oozed globs of clear adhesive around her mouth and chin to give a slathering effect similar to what was seen in the film after Amy fully “turns”. This is a very nice bust (despite its price) and would look good in any collection even if left unpainted. 10/02/22 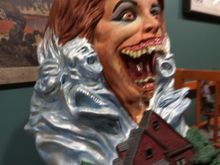 Right side photo with better lighting. Click for a larger images. 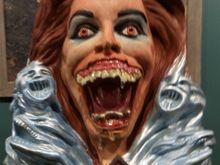 Front photo with better lighting. Click for a larger images. 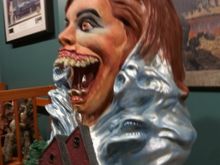 Left side photo with better lighting. Click for a larger images.