3D print of 'Groot' from "Guardians Of The Galaxy" 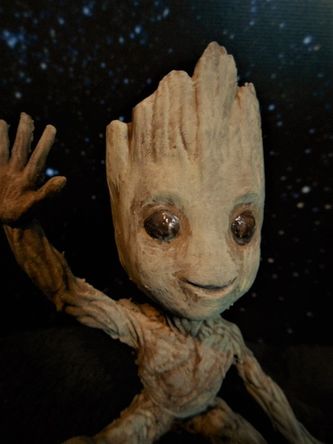 Here is another 3D model I downloaded from the Thingaverse site that I ran off on my 3D printer the other day. For the uninitiated, Groot is a plant-like alien from the Marvel “Guardians Of The Universe” films. This version appears in the second film whereas he/she/it is much larger in the first film standing at about eight feet.

The print took about seven hours although I could have shortened the print time considerably if I had rotated the figure 900 which would have reduced the amount of support features on the figure. Live and learn.

Anyway, he/she/it ended up being roughly four inches tall (if standing) which is pretty close to the figure in the second film. I gave it a coat of flat tan from a rattle can and then came back with a wash of dark brown to bring out the wood effect. A touch of gloss dark brown for the eyes and the little guy was ready for display. I photographed him/her/it in front of a star field in keeping with the film's general setting. 4/19/19 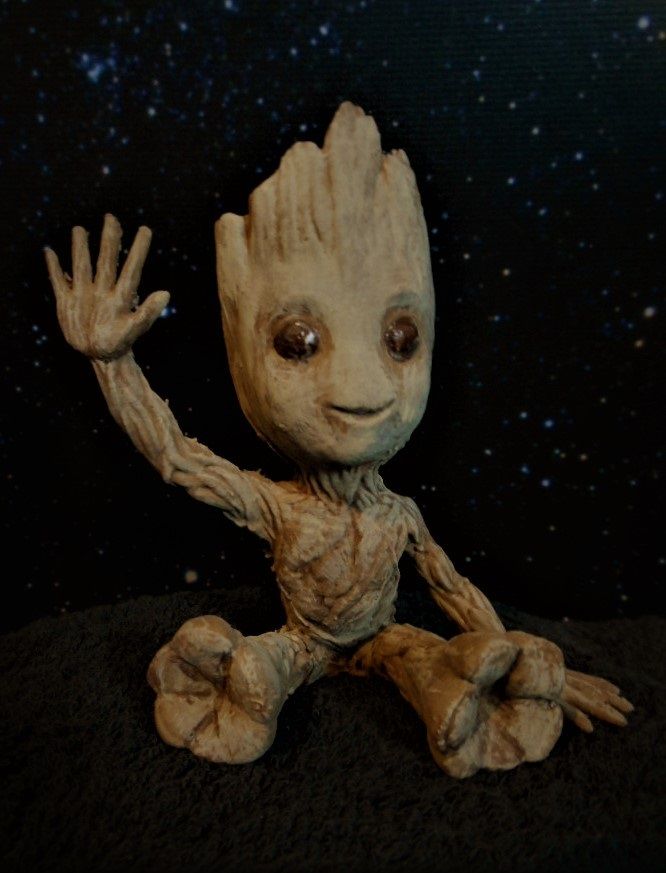 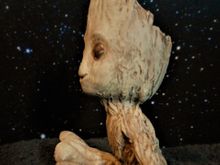 Photo of Groot's left side. Click for a larger image. 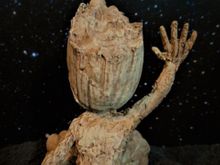 Photo of Groot's back side. Click for a larger image. 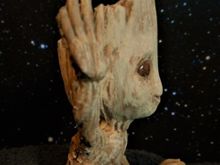 Photo of Groot's right side. Click for a larger image.