A Deep One from "The Shadow Over Innsmouth" 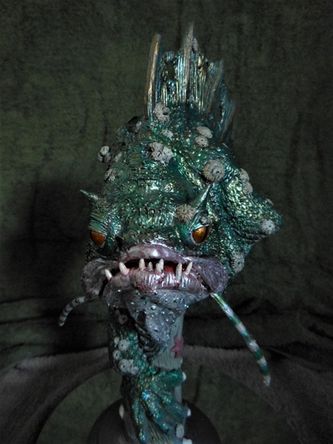 Close up of the finished bust. I always wondered if the inspiration for "The Creature From The Black Lagoon" film came from Lovecraft's work.

In my continuing quest to add to my Lovecraft menagerie, I have manged to get my hands on an excellent sculpt of one of Lovecraft's most infamous creations, a Deep One. For the uninitiated, a Deep One is one of Lovecraft's aquatic monsters, first described in one of his more famous stories “The Shadow Over Innsmouth”. Without giving too much away about the story, the Deep Ones are essentially are an intelligent race of aquatic creatures that occasionally mate with humans (an image that makes me throw up a little bit when I visualize it) thus passing on their fish or frog like appearance and longevity to their hybrid offspring. The story relates an encounter with a society of these hybrids living in the small coastal town in Massachusetts called Innsmouth. A very good (and creepy) adaptation of this story was made into a 2001 film called “Dagon” directed by Stuart Gordon who brought us another Lovecraft classic, “Re-Animator”. Unfortunately, Mr. Gordon passed away roughly a month before this writing. He will be missed. 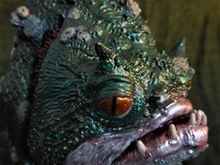 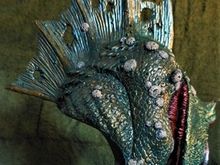 Detail view of the gills. Click for a larger image. 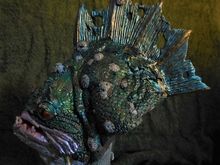 But I digress. This very nice and remarkably detailed bust is done by Brian Dooley and stands 10 ½ inches tall. The barnacle encrusted creature ( I counted 93 of them but the number changes each time I do) is nicely posed on a wood piling and is stated as being ¼ scale although I think it is a little smaller than that. No matter, it is still a very impressive piece of work.

I went one Google to get some ideas on what type of color scheme I'd like to try and though I saw many fine examples, I decided to go with a metallic or iridescent look, almost like the blue gills I used to catch as a kid. 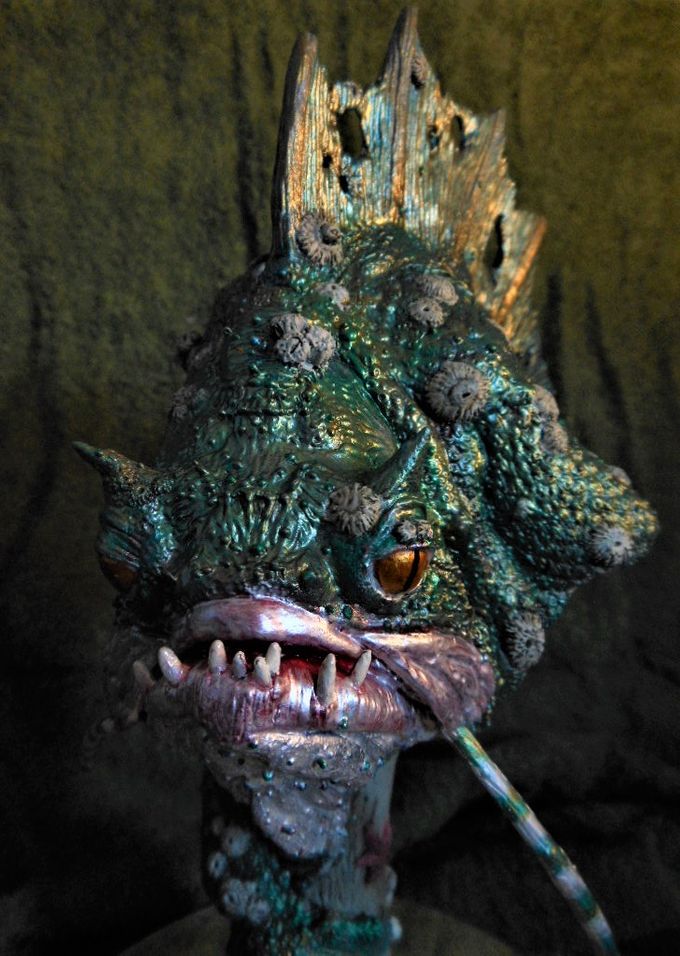 I started with a medium gray primer base coat overall and then came back with a flat olive drab (both from rattle cans) along the sides of the head. The face (if you can call it that) I went with a hammered bronze, again from a rattle can.

Once that all dried, I came back with a mixture of metallic acrylics, mostly sapphire, green and gold with a pearl white for the gullet and lips The barbels were painted striped versions of the head with gold for the eyes. I applied several layers of clear coat to the eye balls to enhance the bulging appearance. The final step was to paint and attach the two barbels to the sides of the Deep One's mouth. Do this step LAST since the barbels are relatively delicate and are prone to breaking if not handled carefully. Trust me on this.  There is a brief video of this bust below to show the exquisite detail. 4/22/20