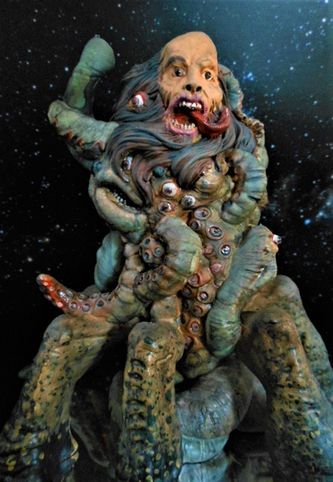 I've been a fan of HP Lovecraft and his creations ever since I first heard one of his stories told to me at a New Hampshire summer camp in 1960. The downside of his work is that his creatures were so alien and horrific even HPL himself was at a loss to describe them. Fortunately, there were and are artists out there willing to describe the indescribable through their paintings and sculptures.

Now a new breed has come about with the advent of the 3D printer which, despite its limitations, can present very nice interpretations of Lovecraft's twisted visions. One such source is ParagonStar which makes 3D printed war gaming figures but also has delved into the world of Lovecraft.

I purchased this figure from ParagonStar designed by Rocket Pig Games about a month ago and just finished the paint job. In the story “The Dunwich Horror” is invisible but through some incantations and powder the protagonists “hurl' at it, rendering it's barn sized bulk visible which drives one of them mad. Anyway, this brief glimpse of the creature has inspired a number of artists to try their hand (or tentacle) in displaying it with this being one of the better interpretations in my view. 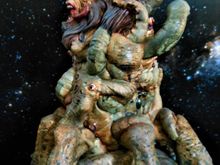 The left side on the Dunwich Horror. Click for a larger image. 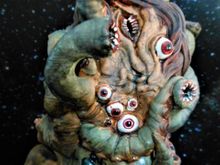 Rear view on the Dunwich Horror. Click for a larger image. 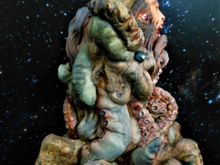 The right side on the Dunwich Horror. Click for a larger image. 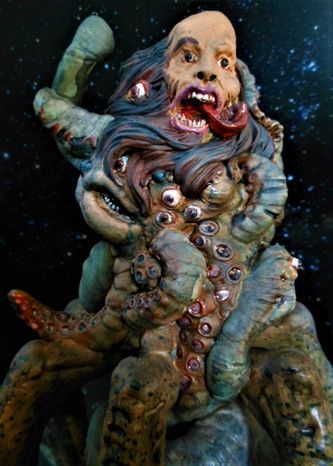 After priming the figure, I added various glass doll eyes in their numerous locations on the creature for greater impact. I won't attempt to describe the painting process since I admittedly fumbled around quite a bit to get a color scheme that actually worked. That, plus the difficulty in distinguishing separate elements such as a body part from a tentacle, made defining each component very difficult. I don't fault the designer for this because the subject matter is so eldritch (I've always wanted to use that word!) and the 3D printing process being what it is makes it almost impossible. Still, the detail is remarkable on my version which I had blown up to the maximum print size which worked out to roughly eight inches tall and as much in circumference.

I have a few other of ParagonStar figures in the cue and I will post them as they're completed. If you'd like to explore what this company has to offer along these lines, here is their link: https://www.etsy.com/shop/ParagonStar 6/5/20

A very brief video to show Wilbur Whateley's twin brother in all his glory. Just remember, he resembles his father more that Wilbur did.

Just another shot at painting this creature. I acquired a slightly larger kit and it's been sitting on my shelf for months so I thought I'd dust it off and give it a go. The color scheme is a bit lighter and not so many eyes, just eighteen this time. I also added a few extra appendages (like it needs them) here and there which are actually cast off 3D printing supports that had an organic look about them. 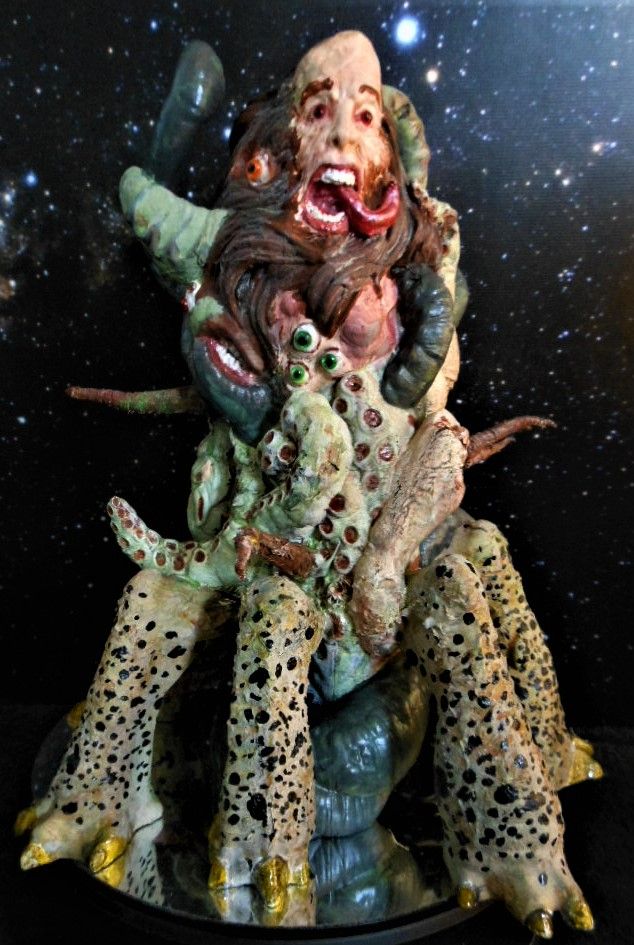 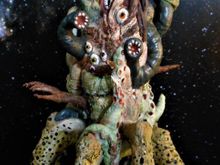 Left side shot of the Horror. Click for a larger image. 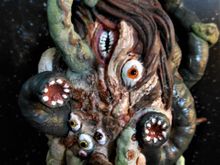 Close up of the Horror's back which i think is the creepiest part. Click for a larger image. 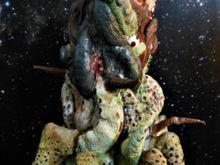 Right side view of the abomination from Dunwich. Click for larger image.