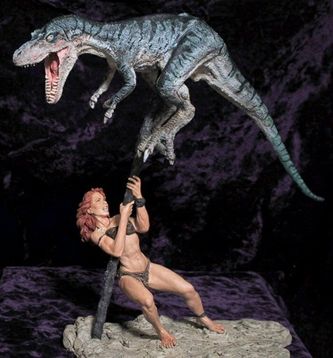 This is probably the most eye ctaching kit I own. This fabulous sculpt buy Tim McVey is based, somewhat on a scene from Ray Harryhausen's "One Million Years BC" (1966) the film that made Raquel Welch a star. In the film, it is actually Tumak, the film's hero that impales the young Allosaurus when it charges into the village.

Still, this model evokes the excitement of that scene with a beautiful cave girl to boot. The casting was very clean and went together easily. As is my nature, I decided on an unusual paint scheme for the fearsome creature giving it stripes like a tiger. He (or she) is a hunter so I figured that it would some camoflage to help it get closer to its prey. Besides, I get bored with the same old green or gray dinosaur colors, don't you?

The picture to the right is the box art.

This link will get you to where you can purchase this great kit. Just cut & paste it into your browser: 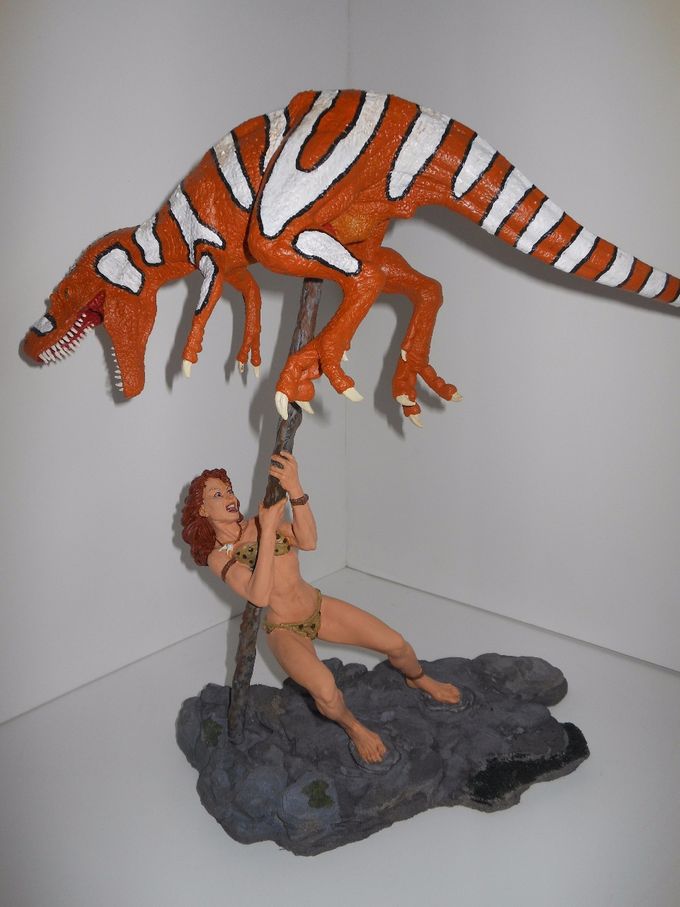 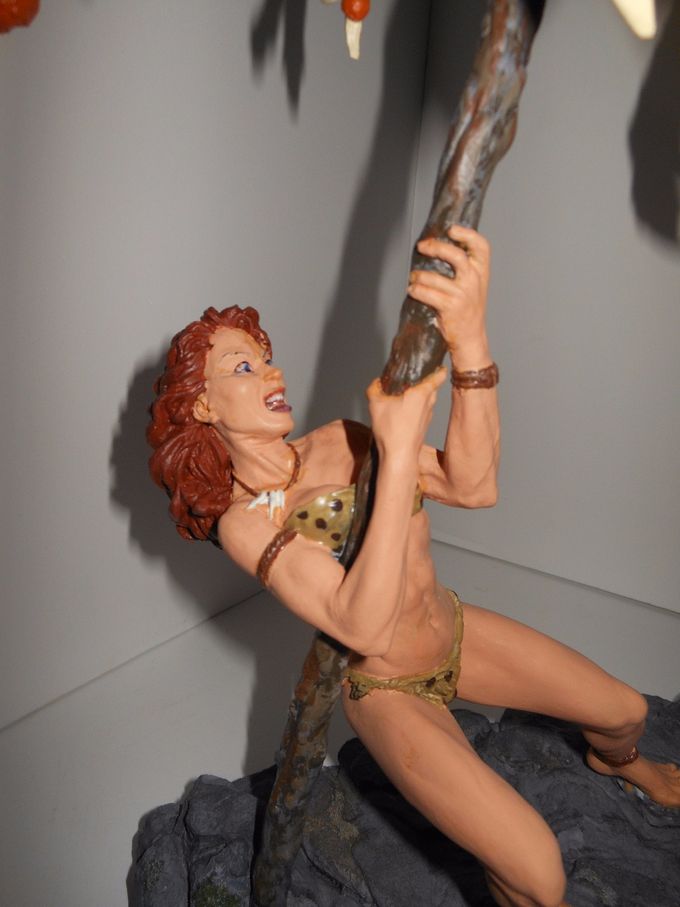 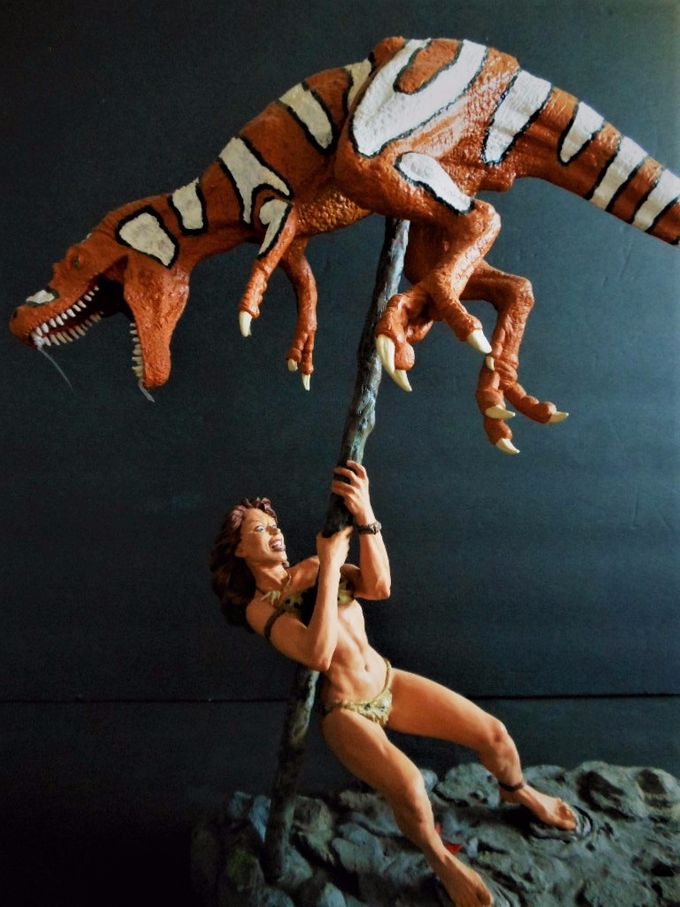 Another shot of this great kit with a darker background.