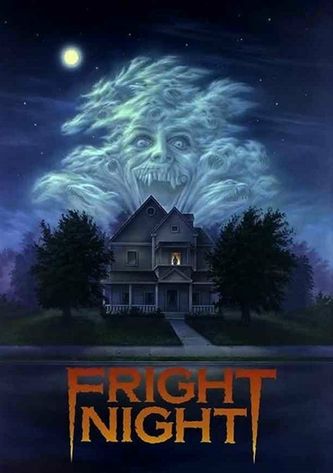 SOLD! - 'Fright Night' was both a horror and comedy movie released in 1985 with the emphasis being on horror. The simple plot concerns Charlie Brewster, a teen age boy who suspects (and rightly so) that his new next door neighbor is a vampire. When repeated attempts to inform the authorities about this threat are ignored, his last attempt to enlist some aid to deal with the threat are appeals to a washed up 'B' movie star who hosts a late night horror movie TV program called 'Fright Night', hence the title. The poster art for the film is to the right.

The movie is a lot of fun with Roddy McDowal playing the washed up actor who finally begins to believe the terrified teen played by William Ragsdale and the slam bam ending pulls out all the stops. Here is a link to read more about the film: https://en.wikipedia.org/wiki/Fright_Night

A remake was released in 2011 but it failed to have any of the creepiness and humor of the original in my opinion.

The kit you see here is of Amy (played by Amanda Bearce ) who is Charlie's girl friend that has just been "turned" by the vampire. The kit is by GeoMetric Designs and was released in 1990 so it may be a bit difficult to find though they pop up from time to time on eBay which is where I purchased mine.

It is a nicely sculpted resin kit by Mike Parks and the casting was fairly clean with minimal seam clean up required. As kits go, it was fairly straight forward with just eight pieces, one of which was the stone floor base. The upper and lower teeth are separate pieces which makes painting a snap.

After I pinned the arms and lower dress/body to the torso, I gave it a spray coating of a latex base matte paint by Krylon. I did this because it acts as a barrier between the resin plastic and any rattle can paint I might use in the future which can attack the resin making it tacky and difficult to handle. Once this latex coat was dry, I followed with yellow primer since the figure's overall color scheme was fairly light in hue.

I used burnt sienna for the hair with copper highlights (as recommended by the instruction sheet) which looks very nice. For the negligee, I used my new favorite color, iridescent white (aka pearl white) which gives the object a nice sheen like silk or satin cloth appearance.

For the base skin color, I used Model Color's Light Flesh (#70.928) since Amy was now one of the vampire "dead" and would (in my mind) be very pale in appearance. I finished up with my make up technique using actual cosmetics (described in the Tips & Hints section of this site) to provide shading and depth to the figure as a whole.

Finally, I went to my old stand by for Amy's eyes which is using a pair of 3mm eyes that I picked up on www.GlassEyesOnline.com since I can't paint eyes to save my life. I used a clear set with a black pupils which gave a nice bulging eye ball look, similar to her look in the film. Before I mounted the stick on eyes to Amy's face, I placed a small drop of Tamiya clear red on the entire lens of each. Once dry, I carefully placed the eyes on the sculpture's original eyes which I had sanded smooth earlier to provide a larger surface to adhere to. I used a 6 minute epoxy as an adhesive in this step.

All in all, a pretty good kit that goes together well and paints up nicely if you take your time. I knocked this one out in roughly eight hours, not counting paint drying time. On the Geof Scale of 1 - 5, I give GeoMetrics 'Amy' a B+ for ease of assembly and minimal clean up. 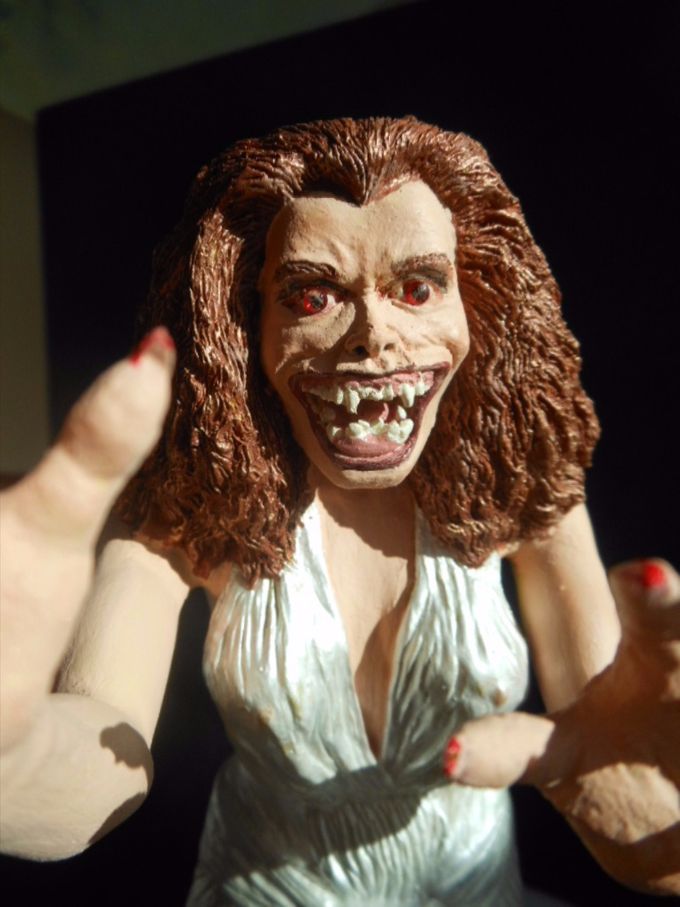