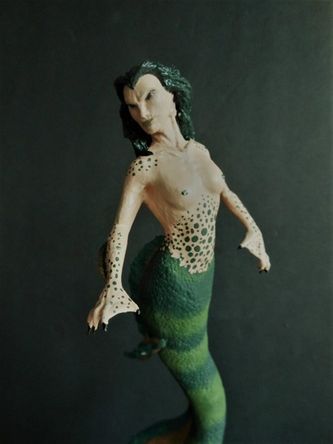 Here is a nice kit from Resin Realities called simply enough, 'Mermaid'. The figure in a very exotic sculpt by Ian Coulter with a nice base by Saul Alverez. There really isn't that much to this kit assembly-wise since it only has six pieces one of which is the base so it almost qualifies as bust kit. The other five parts are the mermaid herself and her four fins or flippers.

The casting was fairly clean although it had a difficult to hide seam line right down through the mermaids scales. I'm not sure much could have been down about that but it is still irritating to deal with. I took me a little while to figure out how and where the mermaid attaches to the base but once I did, it was a simple matter of drilling a pin insertion point in the lower tail and matching it up with the base which has a slight indentation for the tail.

Once completed the kit stands a bit over 14” tall but mine is a bit taller because I decided to add an additional under base (a small wooden plaque actually) for stability. This isn't absolutely necessary but recommended since the finished kit tends to tip easily due to it high center of gravity.

Using the photos of the completed kit on Resin Realities web page as a color guide, I used similar painting patterns but a slightly different color palette for the siren. I had seen a speckled torso effect on other marine figure kits that others had done so I though I'd give it a shot.

This is a nice little kit that goes together very easily and requires little clean up plus its $80.00 price (includes shipping in the US) makes it a very attractive buy indeed. Go here to check it out on the web: http://www.resinrealities.net/mermaid.htm 4/22/2017 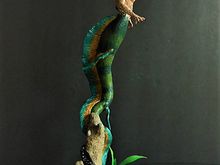 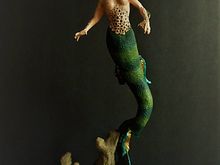 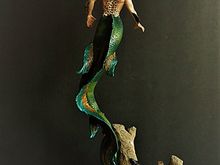 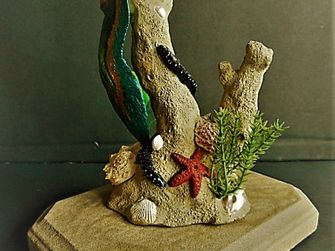 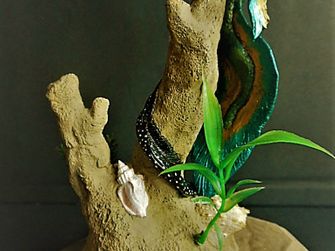 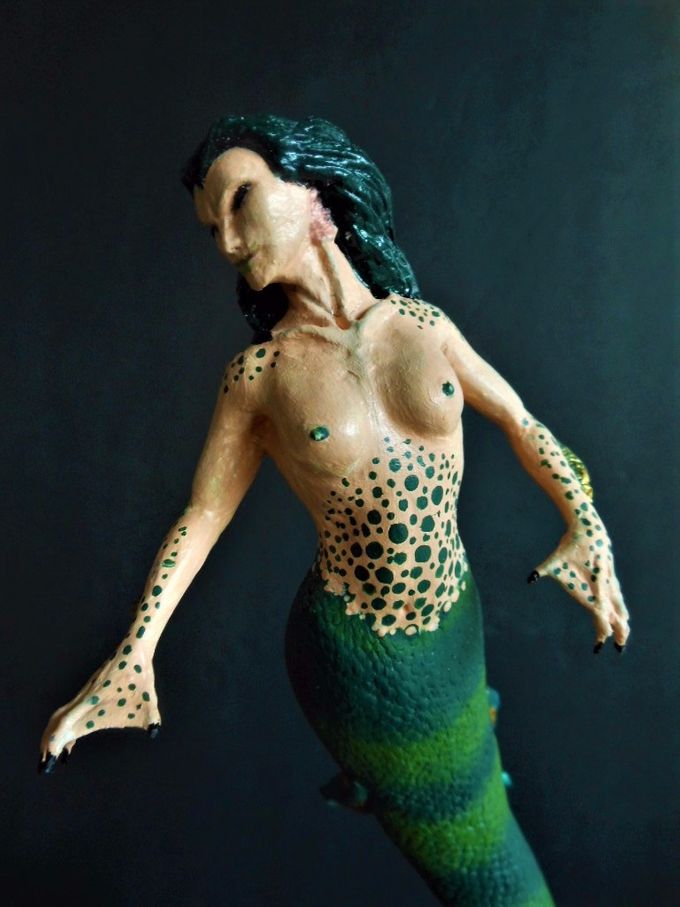