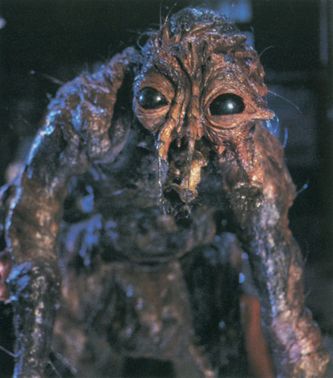 A still from this horror film classic.

Probably the most horrific film ever made (in my view) was the David Cronenberg 's 1986 remake of “The Fly” (1958). This telling of the tragic and horrific story of a scientist who's body is terribly mingled with the features of a fly occurs in both versions although Chronenberg's version is more technically advanced in both the special effects and explanation of what went wrong. It was nominated for (and won) Best Makeup and there was early conversations that Jeff Goldbloom should have been nominated to Best Actor and the film for Best Picture, but that was not to be, supposedly because it was “too icky”, which indeed it was.

I purchased this vinyl kit on eBay many years ago but I don't recall the manufacturer. The figure came in half a dozen parts that were very clean and required next to no “clean up” although with this monster it would be hard to tell what belonged and what didn't. It is about 1/10 scale and stands 10 1/2” although it is bent over so it would probably be closer to twelve if standing erect. 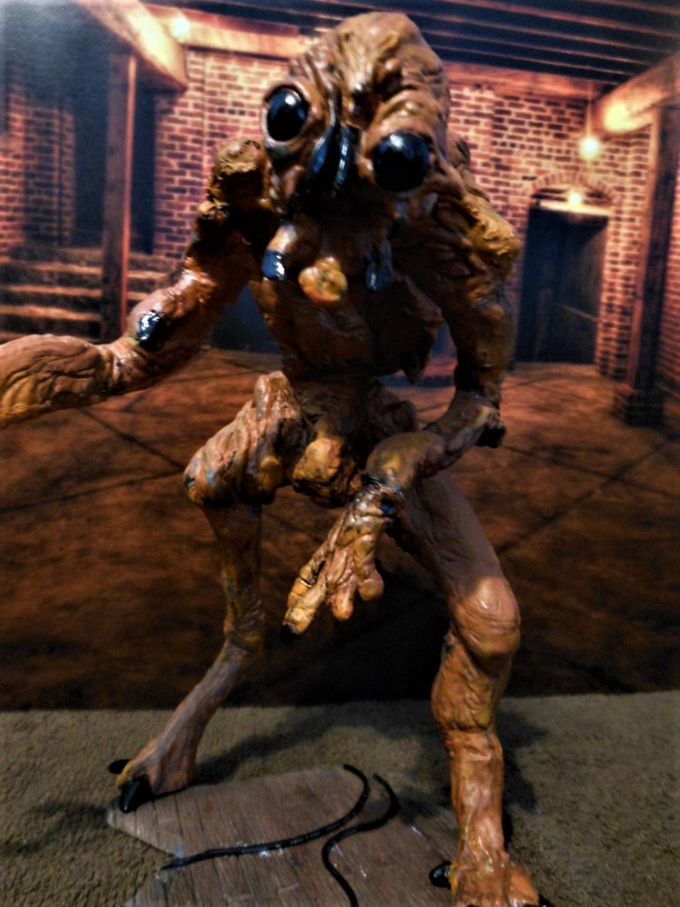 I went with a dark pumpkin overall coloration which matched the film pretty closely. The claws and spurs that are placed in a somewhat randomly were painted gloss black. To finish it off, I gave it a wash of diluted black which brought out the plethora of horrific detail quite nicely.

Though the creature could stand on its own two feet (?), it was a bit wobbly and would topple with little encouragement. As being one that was EXTREMELY tired of repairing figures that have fallen off of shelves in the past, I decided to add a little more stability. This was accomplished by digging though my box of resin leftovers where I found was a base roughly five inches in diameter of a wooden floor. I think it was part of an earlier “Thing” kit I built. Anyway, I spray painted the base with a red primer so my acrylics would have something to adhere to. Once this dried, I gave it a wash of medium gray to bring out the wood grain detailing. I then hand painted the wood seams and nail holes with a black wash to bring out those details. I finished the base with a couple lengths of 16 gauge black wire CA'd to the floor to look like the telepod power leads. 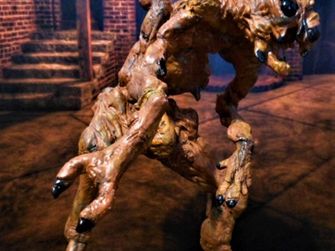 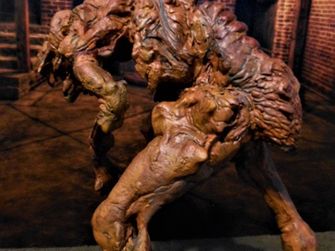 For the background, I used one of my vinyl banners that I had printed up at Vistaprint that showed a gloomy brick cellar. I know that the film's setting was in the upper levels of an abandoned factory but I think it looked good in a pinch. 6/22/20