The Fat Bastard aka Bacchus 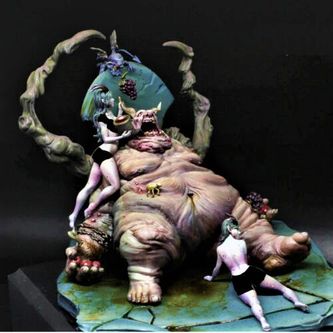 The 'box' art for this nice little kit.

Yet another eBay acquisition that captured my fancy for reasons Ican't explain. I call it “Fat Bastard” although this 1/24 scale scene really didn't have a name in the listing per se. I suppose I could be happy with calling is “Bacchus and his court” although the main figure's horns present a more demonic theme than anything else.

Having said that, this kit extremely detailed to the point were some of the features were practically invisible and difficult to figure out where they went since they weren't apparent in the single photograph I had to work from in the eBay listing.

The main character was comprised of seven parts, nicely cast in a dark gray resin that seems to be the standard casting medium from China. The figure is very much like one you'd see in a Frank Frazetta painting and it wouldn't surprise me if it was. If I had a complaint about this kit is would be that I wish it had been bigger, say, in 1/12 scale. 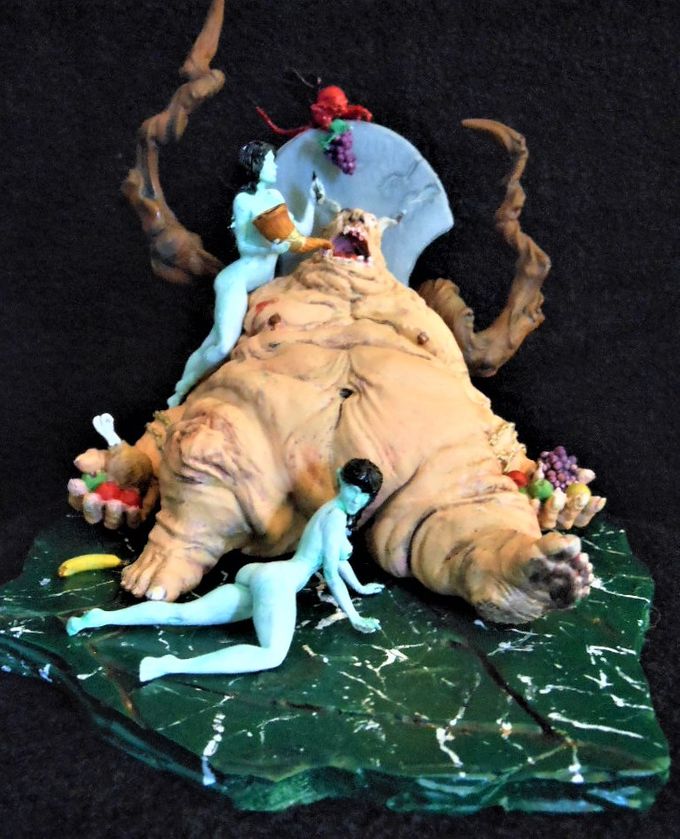 No, I don't know what she is doing down there. Looking for another banana maybe.

The base was cast in four pieces with a separate tombstone (?) back rest and pair of tortured trees to complete the scene.

For the paint scheme, I went with a dark green marble design for the base and standard coloration for the tombstone and trees.

For the Bastard, I decided to stay with human coloration which made him look even grosser than if I had gone with the typical red demonic style. I started with a base coat of medium yellow to subdue the gray resin base color and slowly built up multiple layers from my arsenal of flesh tones to arrive at the hue I was looking for. Lots of back and forth in this step until I got in a place I was happy with. I then came back wit washed of red and light browns to accent the nooks and crannies of his obese form. Use a 000 brush, I painted the hand details such as the fruit in the bastard's grasp and chains on his wrists. Finger and toe nails were started with an off white followed by washes of light brown and yellow and I blacked the undersides of his feet with washes in black to show that he was mobile on occasion. 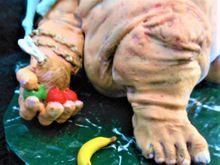 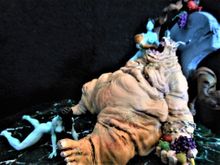 Left side shot showing the attendants placement. Click for a larger image. 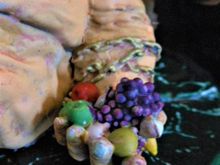 The two fairies had a base coat of medium green, again to off set the base resin color. I then applied an opaque layer of duck egg blue for the skin and gloss black for their hair. Once these set, I applied a very thin wash of dark green to bring out the body detail and contours.

The winged imp or mini-demon hovering over the bastard's head was done in a fire engine red with gloss black for the wings and tail point. 2/16/21 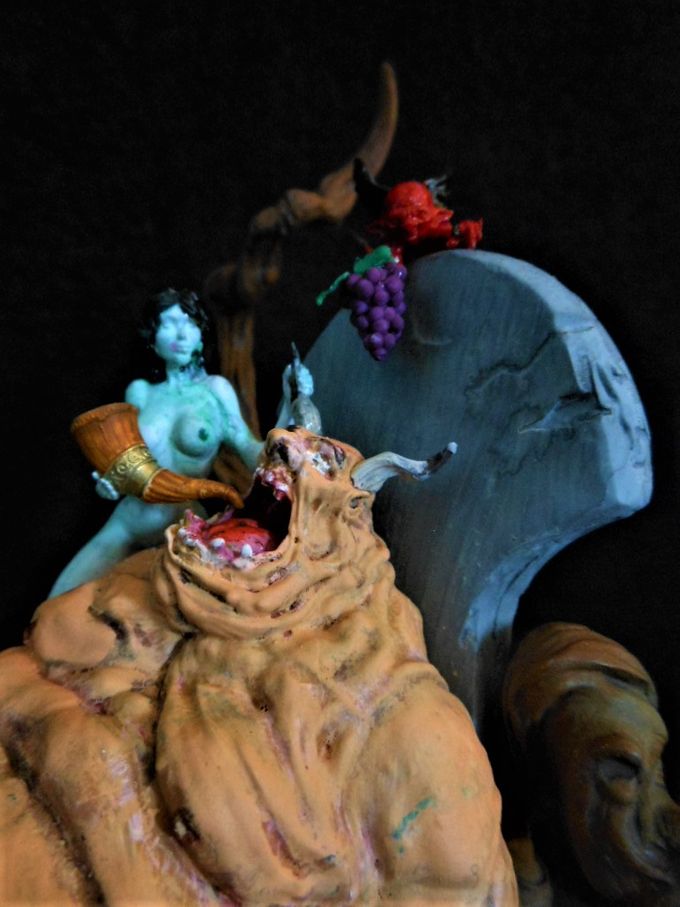 Bacchus pigging out on just about anything they put in his pie hole. Sorta reminds me of the fat guy in the movie "Se7en".