Invasion Of The Saucermen

Poster art for this science fiction "comedy". Note that there are no scantily clad women in this film.

Here's yet another vinyl model kit from the OOP Billiken Model line featuring the science fiction “classic” from the 50's, “The Invasion Of The Saucermen” (1957). I remember seeing ads for this film in the newspaper when I was a little boy and thinking how silly cabbage headed aliens from outer space looked. Upon viewing it sometime later, I realized that the silliness wasn't limited to the alien's appearance as told by the equally silly plot (it's supposed to be a comedy but it isn't funny at all) involving teenagers who no one believes (a staple of the time) trying to warn adults about their existence. Unfortunately, this film was remade in 1967 as a TV movie under the title, “The Eye Creatures” with little improvement.

I should mention that the design of the Saucerman was by Paul Blaisdell who's bizarre creations were the staple of low budget 1950's science fiction films such as “It Conquered The World” (1956), “It! The Terror From Beyond Space” (1958) and “The She Creature” (1956) to name a few. Though some of his creations were scientifically and physically improbable, they certainly caught one's eye.

Anyway, this kit was comprised of ten parts without a base. The cast is well done and aside from the usual trimming you have to do with vinyl kits, it didn't require any other clean up. I did a little research on what colors I should paint this bad boy since it was a black and white film. The poster art has the creatures as being mostly green although production photos have it more of a reddish orange appearance on the squishy parts. I finally ended up going with a black and white paint job, a technique I have used in some my other build-ups. 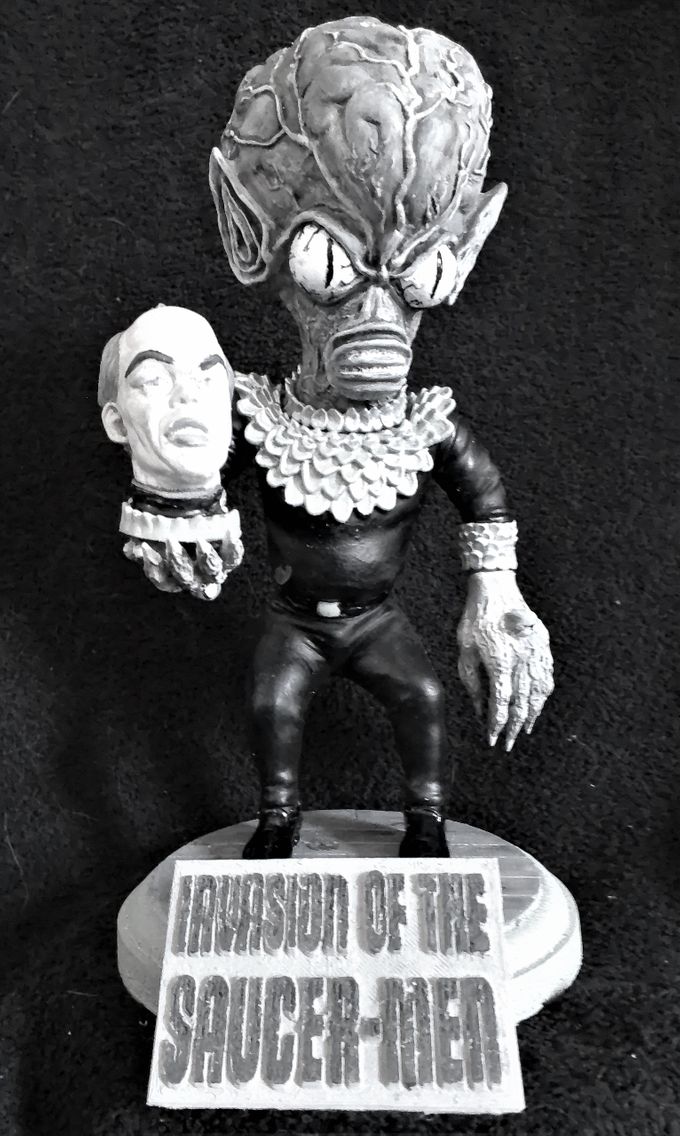 My take on the kit, swapping heads to add a bit more interest.

I did all of the painting prior to assembly after test fitting all the parts and making adjustments to them as needed. The most complicated part to paint was the Saucerman head with all its exposed veins, bulging eyes and brain convolutions followed by the veined hands with a bulging eye on the back of each. 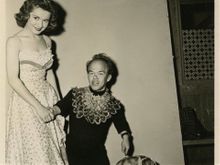 Behind the scenes shot of one of the Saucermen unmasked. Note that the features of the little person are nicely rendered in the kit. 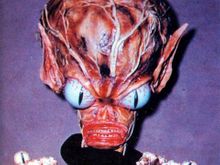 An actual color photo showing the Saucerman's true colors as compared to the poster. 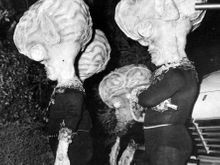 Another shot showing the four Saucermen presumably awaiting stage instruction. The fact they they had a budget for four Saucermen costumes is surprising. 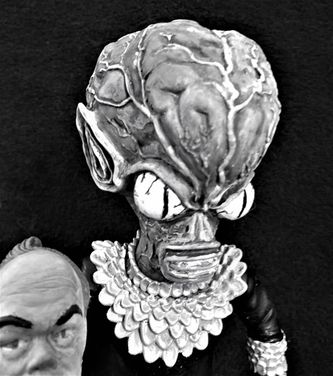 The kit came with an actor's head that could be displayed to replace the alien head, the point being to show it as a costume with a little person or child inside. Me being me, I opted for an offbeat slant to the scene with the Saucerman holding the actor's head. I also made a base out of a spare I had kicking around along with a title card I made on my 3D printer.

This kit was a very easy build though the paint job proved to be more timeconsuming than I had anticipated. Still, if you are into the goofy 1950's films touted as being science fiction a the time, this kit would be a good place to start if you manage find one on eBay or elsewhere.  2/13/22 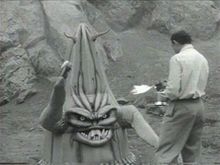 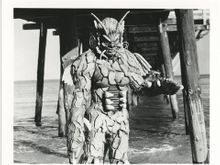 Blaisdell's anatomical nightmare "The She Creature". 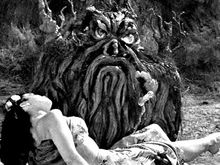 Finally, probably the stupidest looking of his creations "From Hell It Came" but a guy's gotta eat, ya know? 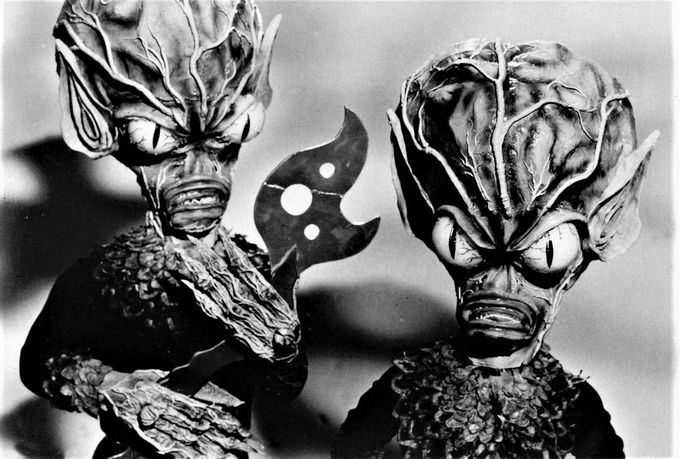 A publicity still I used as a guide in painting the figure in black and white.