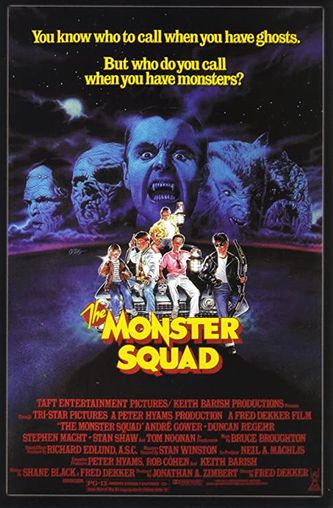 The poster art for this charming film. They went for a "Ghostbusters" look to draw in the viewing public but the film was not a financial success unfortunately.

The year of 1987 saw the release of “The Monster Squad”, a charming love letter to the Universal horror films of the 30's, 40's and 50's. The basic plot is about Dracula assembling all the iconic monsters (and then some) to acquire an amulet that, if destroyed, will plunge the world into an era of darkness. His enemies are a group of young teens who initially aren't aware of the threat before them. Though the film was a financial flop during its release, it has since become a cult favorite.

This resin kit from Alternative Images is a terrific sculpt by Joe Laudati of the Gillman as envisioned by Stan Winston, probably the best realization of the Creature from the Black Lagoon in this writer's humble opinion. The kit has seven pieces, one of which is the base. Alternative Images puts a lot of thought in their kits (I believe) in that they go out of their way to make painting easier whenever they can. In this case, the lower jaw is a separate casting like a number of their other kits along with the nameplate that is stand alone but fits in a depression in the base. 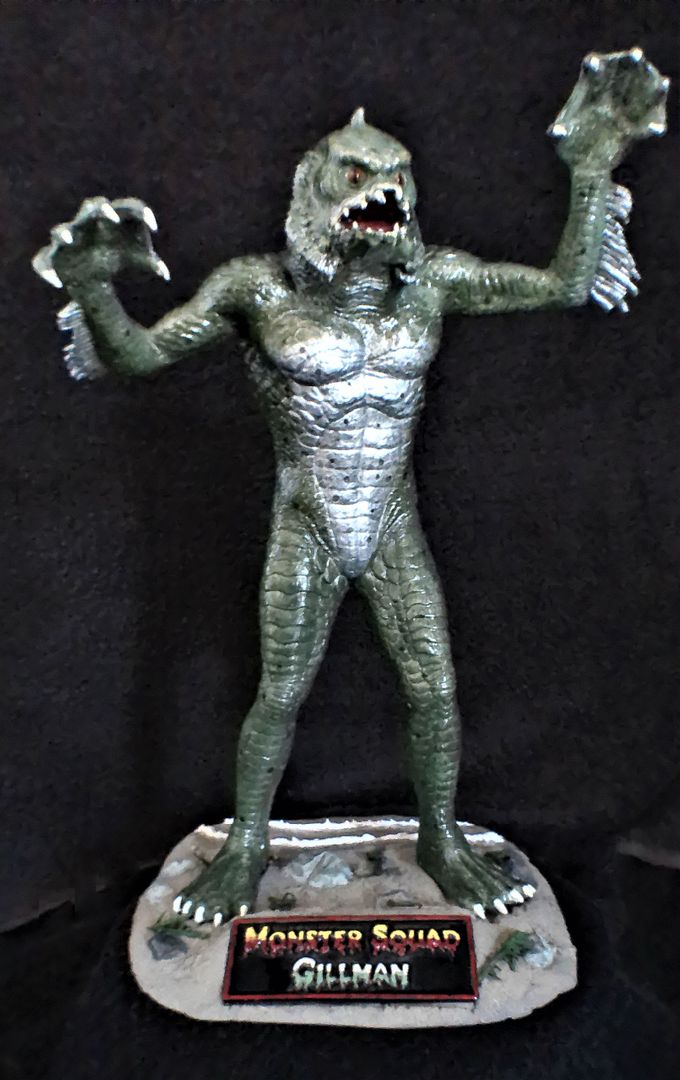 I got as many stills from the film I could lay my hands on to get the color scheme just right. The basic color scheme is a dark green with silver area highlight around the abdomen and fins. Once these had dried, I randomly placed spots of smoke colored paint over the entire surface being careful not to over do it.

With the base, I hit it with a flat sand color from a rattle can. I then built up the raised wave forms at the rear of the base with clumps of toilet paper. Once these dried, I coated the whole water area with several layers of clear Gallery Glass which gives a nice ripple effect. After painting the rocks various shades of gray, I glued strands of peat moss dyed green to the base here and there to look like seaweed.

This kit was an easy build and would look great in any collections of your Universal monsters favorites. 8/25/22 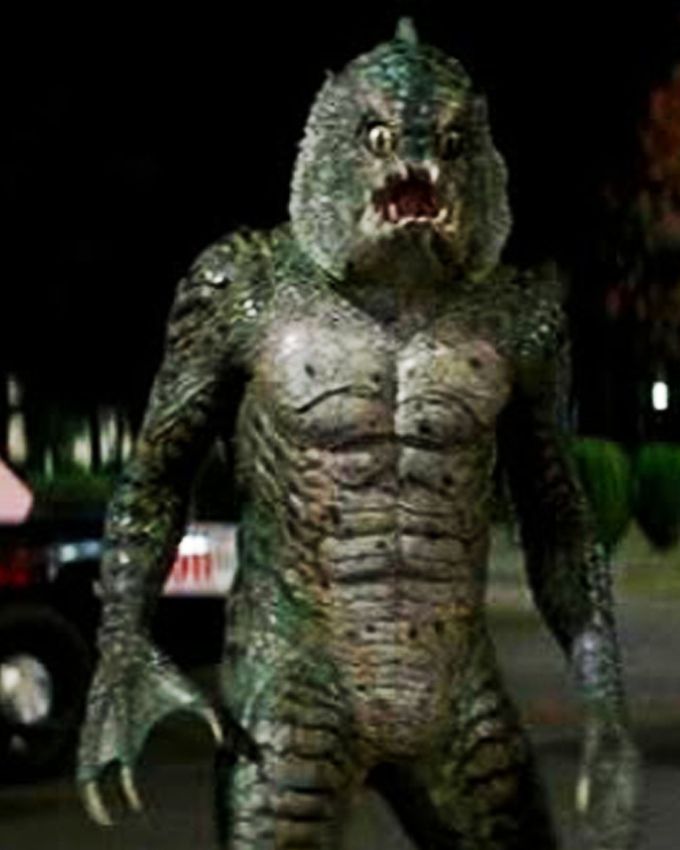 A still of this terrific monster as realized by Stan Winston. I just wish they had more of it in the film. 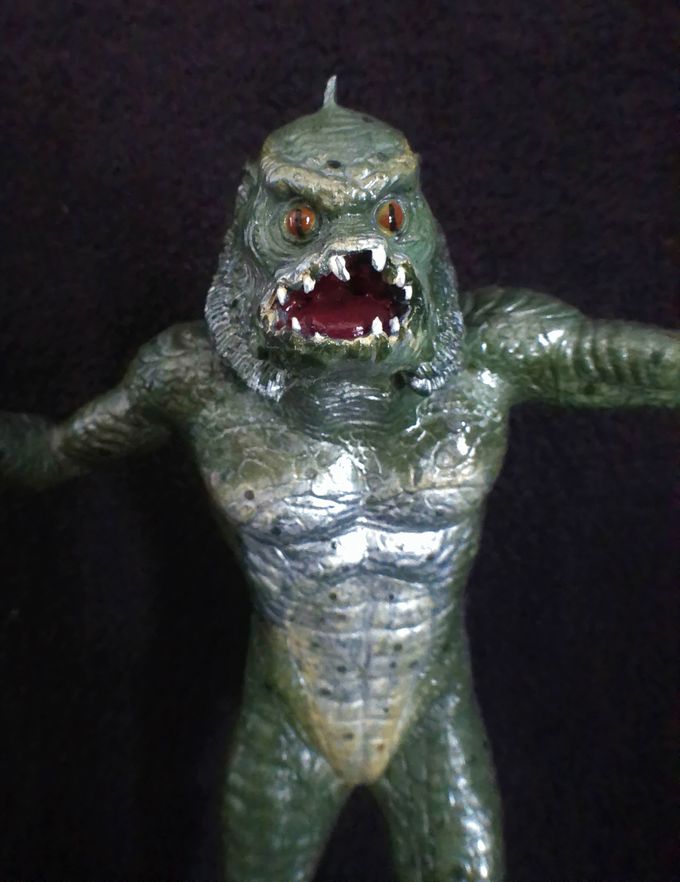 Close up of the Gill Man. I gave him orange eyes though they are white in the film.