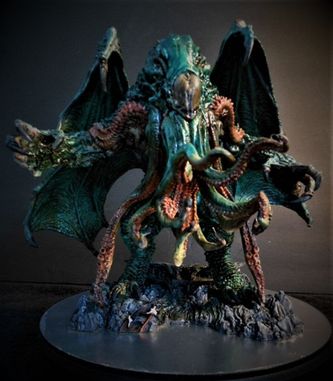 Another fine GECCO kit based on a sculpt by Paul Komoda depicting the best known creature in HP Lovecraft's Cthulhu Mythos, Cthulhu him/itself. The kit is a lot simpler than the Nyarlathotep by Komoda described elsewhere on this site since it is composed of only eleven pieces, one of which being the very detailed base which has a rocky, seaweed covered shore upon which is a small beached boat with two hapless occupants.

The base measures 5” wide x 3 1/2” deep but the finished kit stands 8” high by 9” wide due to Cthulhu's wide wing span. I'd LOVE to see a version of this kit tripled in size one day.

Because the kit has been segmented so well, I would recommend painting it BEFORE assembly due to all the overlapping tentacles and the like. I struggled with the color scheme since I wanted to get away from the common green palette one generally sees in most versions of this creature. I did a lot of research on the Web and YouTube to get some ideas but nothing real struck me so I went with the green version. If I should decide that another color scheme suits me in the future, I can always take this bad boy down from the shelf, dust him off and go for it. 7/19/19 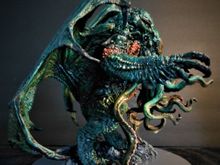 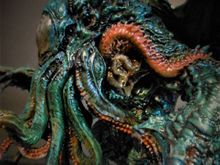 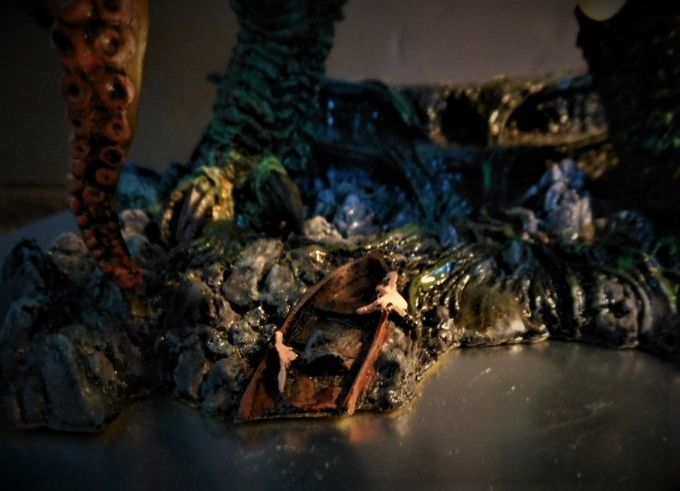 Detail shot of the base showing a pair very unfortunate sailors. 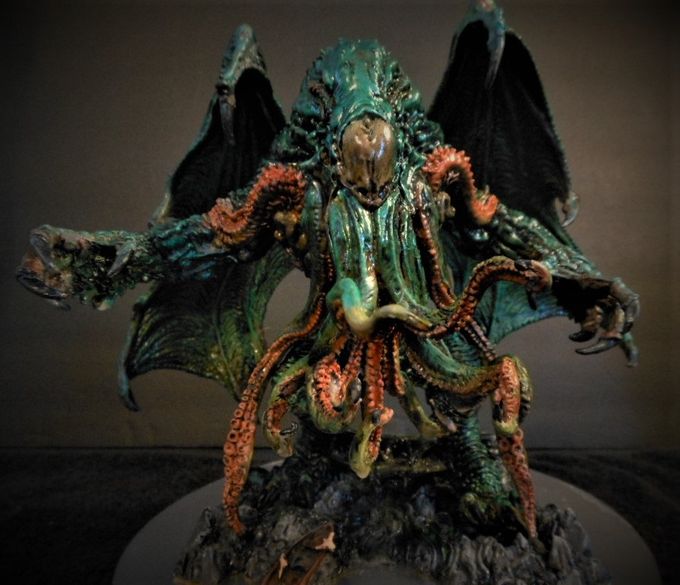