The Creature From The Black Lagoon 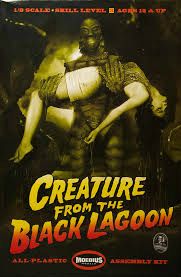 This is a very nice plastic kit from Moebius Models based on the black & white & 3D(!) 1954 film “The Creature From The Black Lagoon”. The kit is reminiscent of the one that Aurora produced in the sixties but is roughly two inches taller and comes with the added bonus of him/it carrying a passed out female victim in his/its arms. The box art is at the right.

The #54 issue of Amazing Figure Modeler has a very nice build up article on this kit done by David Fisher. Though far more talented than I, I attempted to replica Mr. Fisher's version into mine along with a few tweaks of my own.

Focusing first on the female victim, you may notice her red 'banana' top. Mr. Fisher's version had HAND PAINTED (!!!) a gorgeous paisley pattern rendered in absolutely beautiful detail on his build up.. I tried my hand at it but patience and the lack of a rock steady hand made this all but impossible for yours truly. After some some thought (does anyone smell wood burning?), I came up with the idea of using commas and periods from some of my decal alphabet sets I had lying around. I kind of made up the pattern as I applied the decals but I think it came out pretty well.

Next, pictures from the article had her skin tones down perfectly however he never says how he did it. Typically, from what I have read, this effect is made by applying pastels or air brushing, access to either I don't have. I hit on the idea of using actual makeup for the various flesh tone effects. I don't know if I am breaking any ground here but the results were very gratifying. Unfortunately, the subtleties are difficult to see with my photos but believe me when I say it is well worth the effort. I explain this technique in greater detail in the 'Hints & Tips' section of the site.

I just HAD to mess with the base by adding a few more plants from my reliable aquarium vegetation stash and I also filled the underside with plaster of Paris to make the display a bit more sturdy.

All in all, this is a very nice kit and retails for roughly $50.00 (plus shipping) which is typical for this size plastic model these days. I reckon there at least a dozen different versions of this monster out there, so you have a lot to choose from along with a wide range of prices. 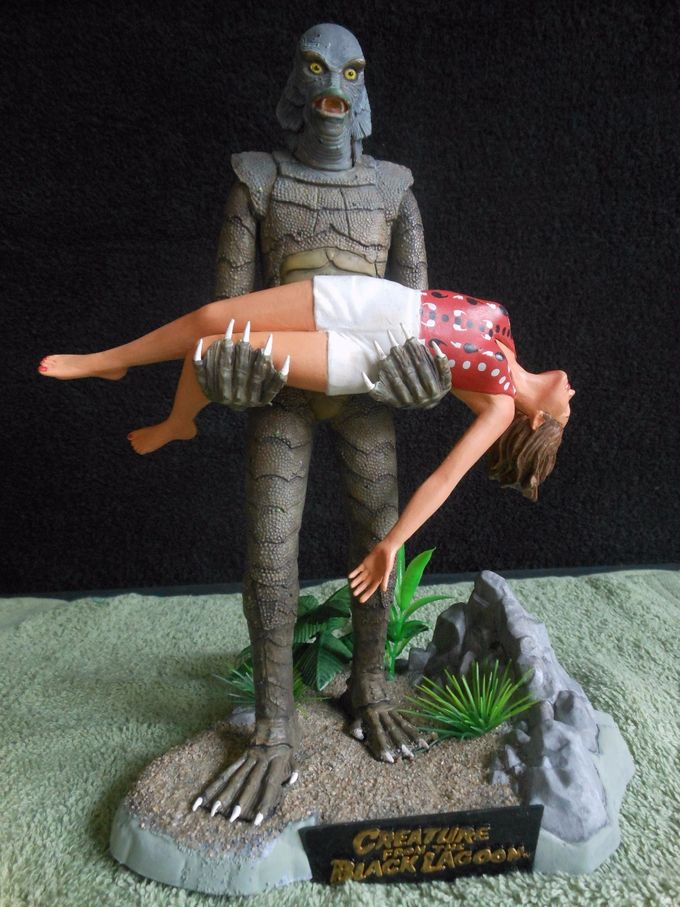 My build up. Notice the commas & periods I used as decorations on the victim's top since I couldn't paint paisley very well. 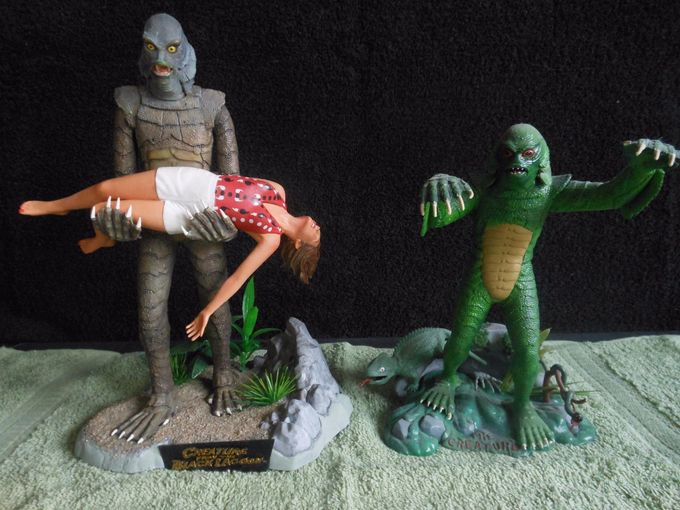 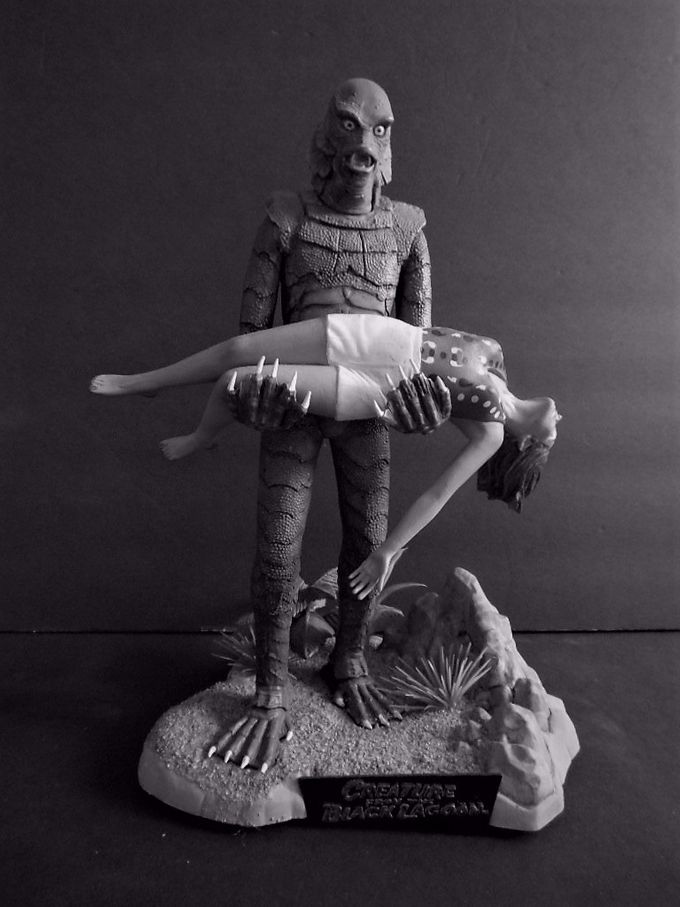