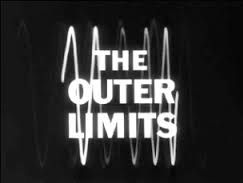 “The Outer Limits” was an American science fiction anthology program that aired over a three year period from 1964 to 1966. A similar Canadian production aired from 1995 to 2002 but the original series is still regarded as a classic in the genre.

Though it is often compared with “The Twilight Zone” (1959 to 1964), “The Outer Limits” was more science fiction oriented whereas The Twilight Zone often drifted into the realm of fantasy and whimsy and is perhaps best known for its twist endings.

“The Outer Limits”, on the other hand, addressed the human condition, warts and all, and was usually told with a conflict driven theme that generally involved a monster of some kind. What was unusual was that the 'monsters' were often mankind and not the alien species encountered. One might think that these types of stories were preachy but in fact they often touching and quite sad. “The Architects Of Fear” and “The Demon With A Glass Hand” episodes are such a stories. And, like “The Twilight Zone” before it, not all the stories were great (or even good) but the intent was still there. What is surprising is the caliber of actors that appeared throughout its run. Here is a list of just a few of them that I remember: Donald Pleasance, Cliff Robertson, William Shatner, David McCallum, Carrol O'Conner, Joyce Van Patten, Barry Morse, Robert Culp, Vera Miles, Sam Wanamaker, Lloyd Nolan, Sally Kellerman, Gary Merrill and Harry Guardino.

This section of One Eff Geof's Odd Creations is firstly, a method to display some of the Outer Limits creatures I have built along with a brief description of the episode that it is associated with. It will continue to expand as I add new kits.

Second, I hope it will stir up enough interest in those unfamiliar with the series to seek it out (episodes are available on Hulu) and to kindle memories of those that did see it during its original release when the 'Control Voice' had taken over our television sets in 1964, controlling the vertical, the horizontal...well, you know the rest. If not, click the following link: 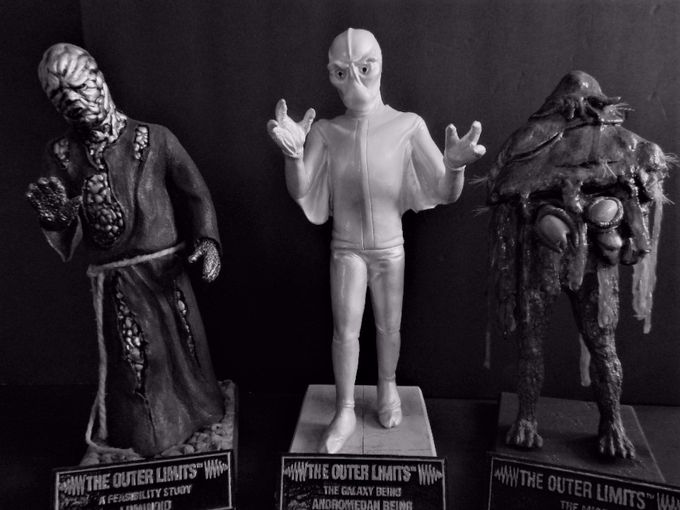 I used a photo editor to get the black & white version of these kits since the TV show was originally presented in black & white. These are but three of the 'monsters' in my Outer Limits collection by Dimensional Designs. Go to specific areas within the Outer Limits area to see these and more build ups in color.

I, too am a BIG fan of the original "Outer Limits". Send me a reply email and I'll send you some photos of my Outer Limits model collection.

Loved this show and all the monsters. My favorite wasbtge Thetan in Architects of Fear.